Note from Rosa: Here’s another guest post from expat friend Neil. He wrote this in May 2013 but only just now found the photos.

I try not to subject you to reviews of candy I’ve let expire, but I’m making an exception for this. January 2013 wasn’t that long ago, right…? 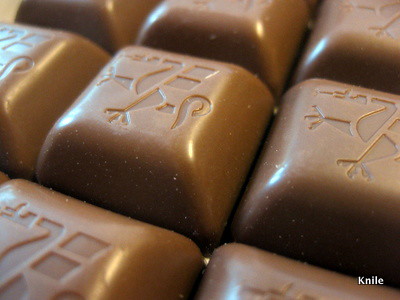 This came from a German supermarket in summer 2012. I was intrigued by the notion of passionfruit panna cotta and the all-caps dictation to “ENJOY COLD!”

I thought it’d be a bar. The eighteen individual chocolate squares surprised me. Each had a Lindt logo on top and the chocolate appeared milky, though maybe a bit dried out by the unintentional aging. 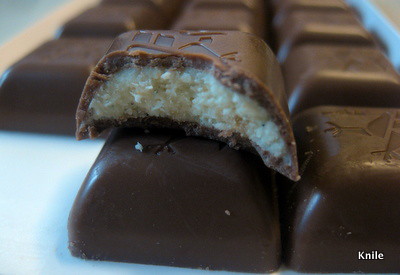 My experience with passionfruit is limited to candies and juice, so whether or not these taste of the fruit off the vine is up to a proper produce-eater. The chocolate is quite satisfactory, and the passionfruit aspect is what really shines.

There’s almost a bright, sparkling pop in your mouth a few seconds after you finish a square, which is all fruit. An OM.