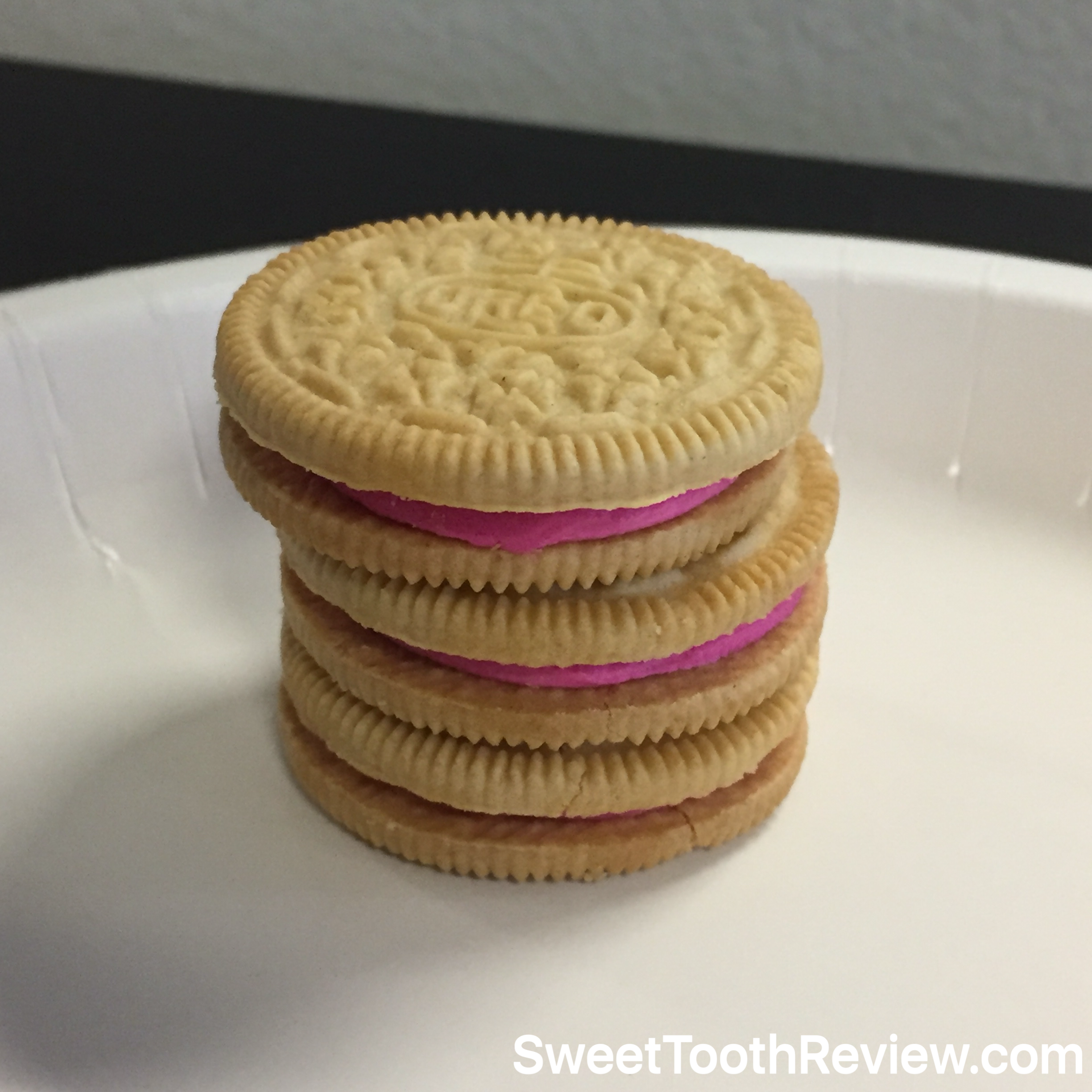 *Careful Peeps Oreo has been known to turn your tongue hot pink! Eat at your own risk.*

Let’s be honest, no one really likes Peeps. I’m confident that no one on Earth would qualify it as their favorite candy. But if anyone could get people to like Peeps, it would be Oreo.

Oreo is coming off a hot streak in 2016, where essentially every candy creation they made turned to gold. 2017 started off nicely for them too as nothing went more viral than the Swedish Fish Oreo.

So just in time for Easter, Oreo has unveiled their newest collaboration, and it’s a great one. Yes, Peeps Oreo lives up to the reputation of the seasonal candy that is on the inside – in that they are not that colorful, only available one time a year, but not that great overall.

The most noticeable thing about Peeps Oreo is that the marshmallow filling is hot pink (practically neon). It’s quite festive and goes well with the Easter season – in that it’s bright and sugary. There are the signature Peeps sparkle to the filling, though you can’t see it in the photo. 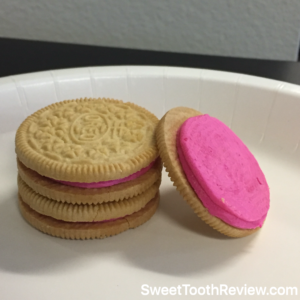 Other than that, there’s nothing too distinguishable about this Oreo. It’s a white cookie outside with a rather bland Peep marshmallow filling inside. The best thing about it is the fact that it’s now dying people’s tongues and poop bright pink!

Honestly, I had about 6 of these and I did not suffer from this side effect. I think you would have to eat an entire sleeve for this to be an issue – just my two cents.

Overall though, the candy is fun, and a good one to include in an Easter basket. Other than the gimmick it doesn’t offer any real staying power, but I more than expect it to be a part of Easter for years to come. We all know Oreo is better than Peeps anyway.