The Japanese Morinaga Hi-Chew Soda Flavors came as free samples from Tsunami. Look at the lovely effervescence on those wrappers! 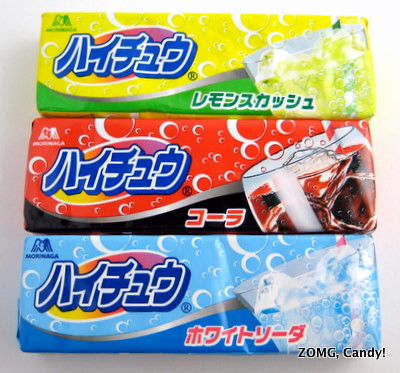 They came in three flavors: lemon soda, cola, and white soda. If you’ve never had them before, Hi-Chews are individually wrapped, rectangularly shaped chews that are usually fruit flavored.

Their chew is bouncy and mostly not sticky, except when you get to the end. Then they can get really sticky and worm their way into the nooks and crannies of your teeth. 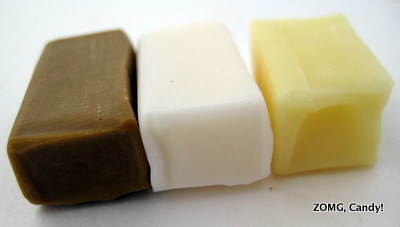 The three flavors were easy to visually distinguish:

See also  Christmas Celebration: How to Celebrate Holidays with Family and Friends

These guys made me wish that American mass-produced candy could be as adventurous as Japan’s sweets! And now, thanks to the mass distribution of Hi-Chew they do (with a bit of a twist).

Called Hi-Chew Fizzies, the soda flavors can be found in the US now. I found them at my local Daiso, but was disappointed to see that Morinaga substituted the lemon and white soda flavors with an orange soda one. Luckily Cola stays.

Orange Soda, while still good, feels too simple and generic in comparison. I understand that it might more palatable to American tastebuds, but even lemon soda is similar to Sprite, so I’m not sure why they went in this direction. At the end of the day, it tastes only a tad different than your typical orange Hi-Chew.

Overall, the Cola flavor gets an OMG, while Orange Soda gets an O. Fans should definitely seek out Hi-Chew Fizzies if they are looking for something a little different! And see how these Hi-Chew flavors rank against others in my Hi-Chew Power Rankings!