These Chocolate Limes were the other candy treat that Ariel and Logan brought me from Bermuda (the other was the excellent Cadbury Time Out that I covered on Wednesday). It turns out that I’ve actually covered a version of this treat in my British Boiled Sweets round-up, only this time I got a fresh bag rather than a few candies that had been sitting in a bulk bin for who knows how long. 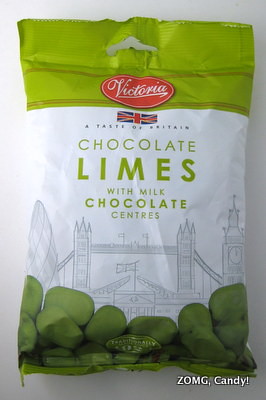 The bag of Chocolate Limes (with Milk Chocolate Centres), depicted the candies in their unwrapped state, which made me think that they’d be chewy candies of some sort. Instead, they turned out to be individually wrapped hard candies, each about the size of my first thumb joint. 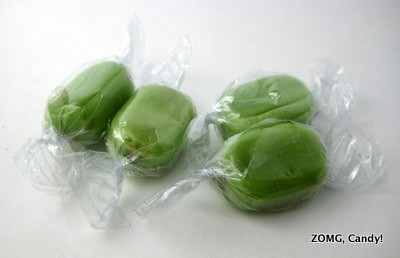 The candies were a vibrant light green with a smidge of chocolate brown that ran through the center. They were a smooth hard candy with a brightly tart and tangy lime flavor with lots of lime zestiness. I thought they tasted just like a hard candy version of lime Skittles (RIP). 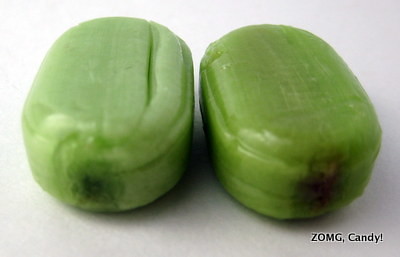 The chocolate stripe down the center was a scant amount, so its flavor wasn’t super noticeable. It tasted a little fake, with the same chocolatesque-flavor that Tootsie Rolls have. I think the closest thing that we have to this in the U.S. is the lemon-lime Tootsie Roll Pop.

Honestly, I could have done without the chocolate component. The lime hard candy was delicious in its own right, and while the chocolate didn’t detract for me, some of my lab mates weren’t a fan of it. I give this an OM because I love citrus candies, and this was a great lime hard candy, but I’ll warn you that your mileage may vary.