It’s always fun when candy has some personality. Sweetly Demented is a homegrown candy shop that sells an assortment of creepy and freaky candies. 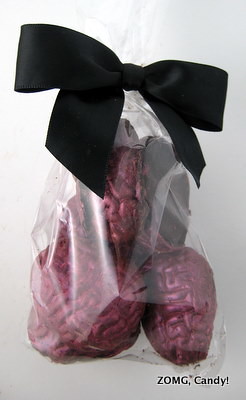 I recently received some free samples of their “We All Think Terrible Thoughts,” which are 60% bittersweet chocolate brains filled with a raspberry ganache.

The sizeable brains (about two inches long and an inch and a half across) were sparkly pinkish-purple molded chocolates with well-defined sulci and gyri. They smelled sweet and fruity. 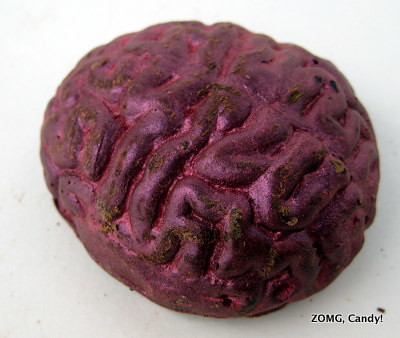 The bottom base of the shell was thick with a nice snap while the upper shell was thin. The ganache center, in contrast, was smooth but didn’t quite melt in my mouth.

The chocolate had a nice bit of spiciness to it that finished with a dry cocoa flavor. The ganache center had a similar spiciness with a light fruitiness that had just a tinge of artificialness. 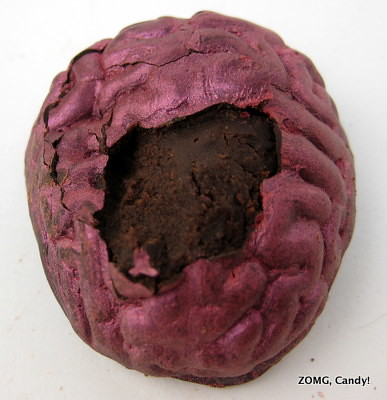 I thought they were tasty and fun, though I would’ve preferred if they were just straight chocolate. At $6/6, they’re not cheap, though each brain is too sizeable to eat in one go.

I wouldn’t buy them for the flavor alone. For creative, nerdy neuroscience decorative purposes, however, they’re great. An O.