Sweet and Snacks was full of booths promoting different kinds of nut butters. Sunflower butter, technically not even a nut butter, was a new one to me, so of course these Sun Cup Sunflower Butter and chocolate cups were new to me as well.

Turns out, sunflower butter is awesome! I shouldn’t be so surprised – I love chocolate covered sunflower seeds, and these are basically the same stuff in a different configuration. Thanks for the free samples, Sun Cups.

On the surface, the Sun Cups were visually similar to Reese’s iconic peanut butter versions, sharing the fluted edges and little paper bottoms. Once I bit into them, however, I could see how they differed. 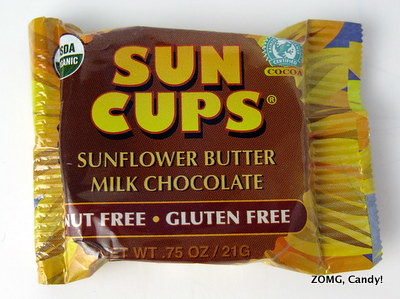 The milk chocolate version had a soft, almost chewy texture. The sunflower butter center was creamy and moist, quite similar to the texture of peanut butter right out of the jar. 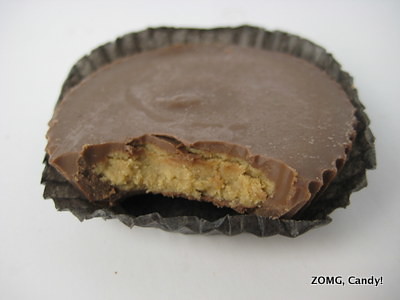 The sunflower butter had a seedy nuttiness that basically tasted just like sunflower seeds. It paired quite well with the caramel sweetness of the milk chocolate.

The dark chocolate Sun Cup was much more solid. The chocolate portion had a light snappiness with a fatty melt and nice cocoa flavor. 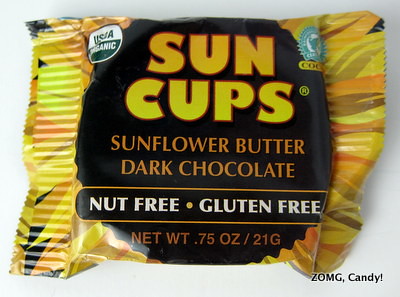 For some reason, the sunflower butter center here was dry, crumbly, grainy instead of moist and creamy. It was reminiscent of the texture of astronaut ice cream in its airiness, just minus the crunch factor that astronaut ice cream has. It also had a more noticeable salty hit to the finish as it melted away. 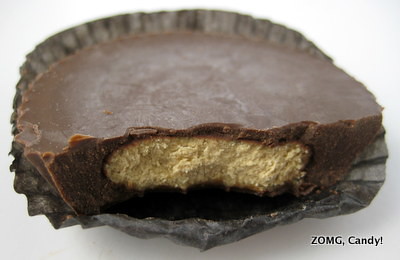 I really enjoyed this seedier twist on peanut butter cups. As an added bonus, they were organic and made with Rainforest Alliance cocoa. They were a tasty way to shake things up a bit – an OM.