Back in 2009, I devoted a whole week to See’s Chocolates as I reviewed an assorted box that they sent me. This week will be another week of See’s Chocolates reviews, only this time, I’ll be reviewing a box that I bought and picked out myself in Seattle. 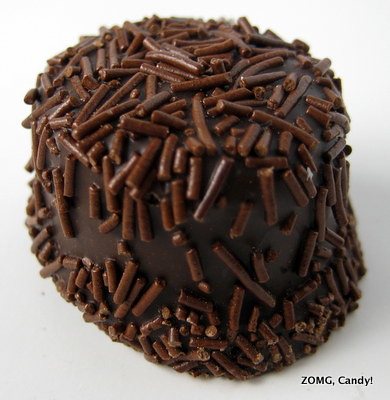 Dark Bordeaux (TM) was simply described as “brown sugar buttercream”. It was a round truffle that was covered in dark chocolate and chocolate sprinkles.

The center was soft and sweet with an almost whipped texture. It reminded me of the first stages of cookie making when you whip sugar and butter together into a fluffy mixture of delicious fat and sugar. 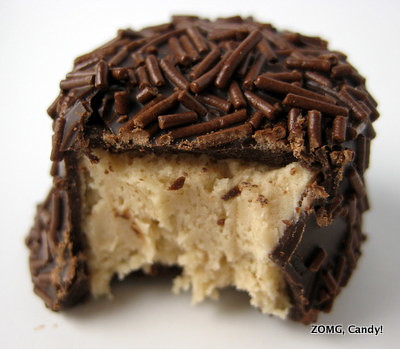 The brown sugar and butter center was deliciously sweet, but also so sweet that it burned my throat a bit. The dark chocolate coating was mild with a cocoa-flavored finish.

Though I found it too sweet to have more than a little bite or two at a time, it was deliciously addictive enough to warrant an OM. 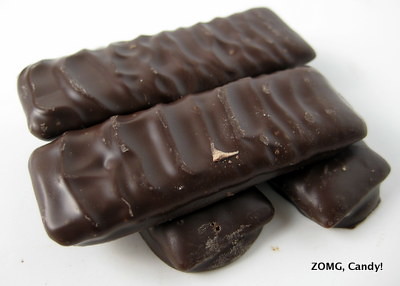 The honeycomb was sweet, crunchy, brittle foam candy. It was golden colored and golden honey flavored with a touch of amber sweetness and just a hint of sour fruitiness. 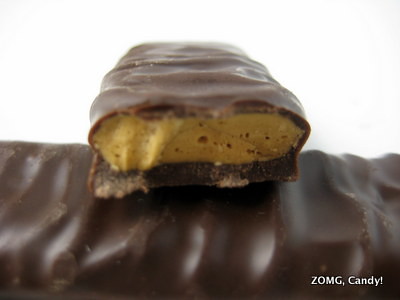 It crunched up easily, but it also got a bit stuck in my molars. The dark chocolate complimented the center well and a brought a bit of dusky cocoa finish to the end. A tasty enough OM. 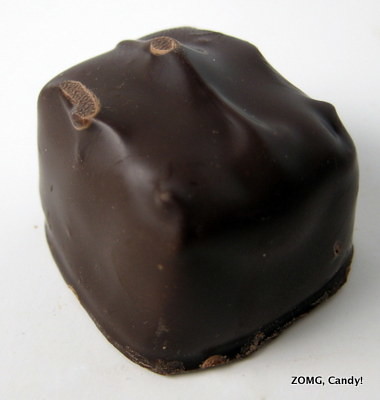 Dark Butterchew was a “vanilla brown sugar caramel” coated in dark chocolate. That caramel was chewy with a smooth texture. It tasted sweet and buttery with no scorched notes. 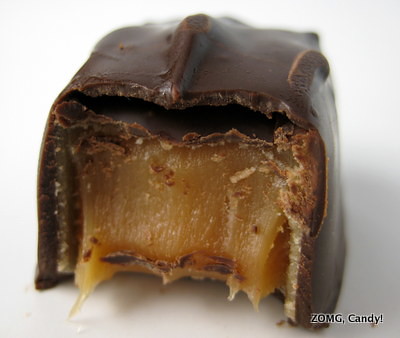 The dark chocolate coating was a great foil to the sweet caramel. It could have been elevated with a hint of salt or scorch to the caramel, but it was still pretty darn good. OM. 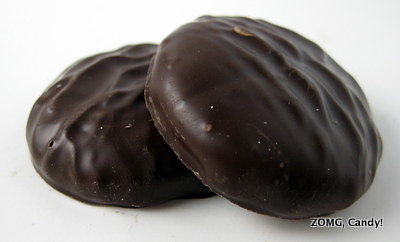 Finally for today, Dark Patties were two disks of chocolate covered “chocolate vanilla caramel” per paper flute. This was one of my favorite treats of the box, thanks to its intense chocolate flavors. 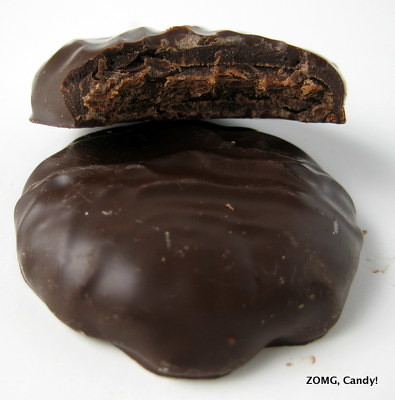 The chewy caramel center was lightly sweet with strong cocoa notes and a bit of plumminess, while the dark chocolate coating was intense and bittersweet. An OMG.

One more set of See’s reviews to come!