Back in 2009, I devoted a whole week to See’s Chocolates as I reviewed an assorted box that they sent me. This week will be another week of See’s Chocolates reviews, only this time, I’ll be reviewing a box that I bought and picked out myself in Seattle.

Today, I’ll go through the four Truffles that I bought. First up, the trademarked See’s Apple Pie Truffle, which they describe as rich buttercream with Granny Smith apples and cinnamon. This was a vaguely heart-shaped white chocolate truffle with a light brown center filling. 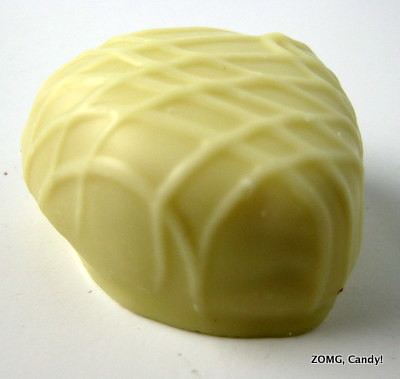 The white chocolate coating was sweet and took a backseat to the filling, which was quite the standout. It was extremely bright and fruity with a spot-on apple pie-filling flavor. 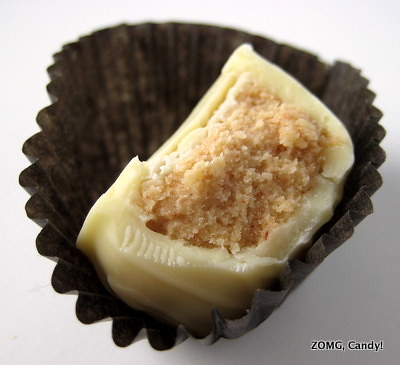 It tasted intensely of sweet cooked apples with just a smidge of cinnamon. I swear there was also some notes of toasted crust as well, or at least the crust of McDonald’s apple pie. It was basically a slice of apple pie distilled into a truffle. OM. 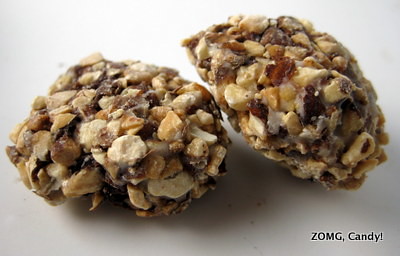 Almond Truffle was “rich dark chocolate buttercream with ground almonds”. It was a soft square of chocolate ganache covered in little bits of almond that were bound together with some white chocolate-looking butter thing. 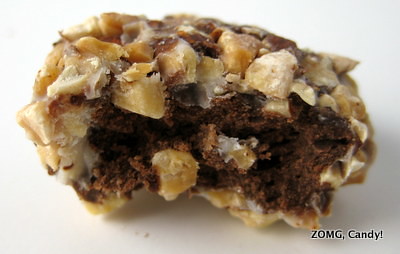 The ganache center was sweet with a mild cocoa flavor, while the almonds in the coating were roasted and nutty. While the almonds were nice, I found them to be too tannic. They sapped all the moisture out of my mouth, so just an O. 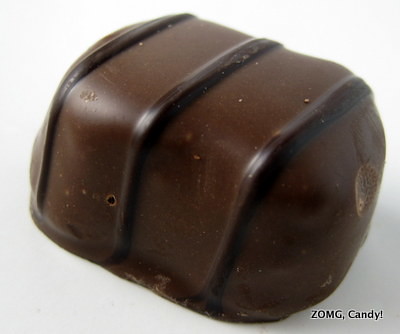 Cafe au Lait Truffle was simply described as “rich coffee buttercream”. It had a milk chocolate coating with dark chocolate stripes for contrast. 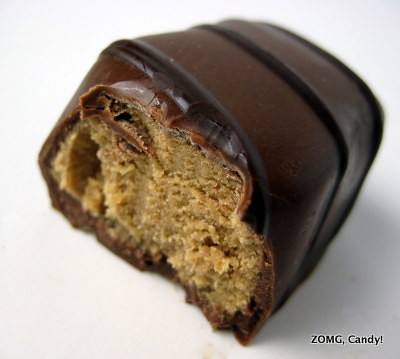 The texture of the golden brown buttercream center was lovely – solid yet lightly fluffy. Its flavor started off strong with mocha coffee notes, lightly bitter but overall sweet, and the milk chocolate added a great caramel finish. OM. 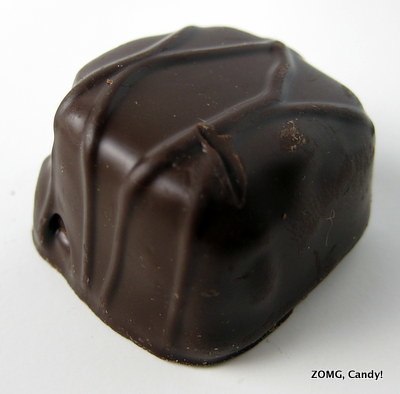 And last for today, the Dark Chocolate Chip Truffle, “rich chocolate buttercream with chocolate chips”. This buttercream held its shape as I bit into the treat but then melted away on the tongue.

I didn’t notice any extra chocolate chips in that ganache; the texture was perfectly smooth. 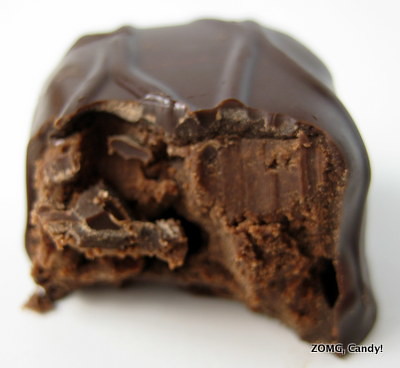 It had an incredibly intense semisweet chocolate flavor which was redoubled by the dark chocolate shell. The chocolate didn’t have a terribly nuanced flavor profile, but it was deep and it was good. An OM.

Back on Wednesday and Friday with more See’s!