I got these two Chuao Chocopods, Maple Bacon and Orange-A-Go-Go at last year’s Sweets and Snacks Expo from Chef Michael himself, along with a Popcorn Pop ChocoPod that I previously reviewed. 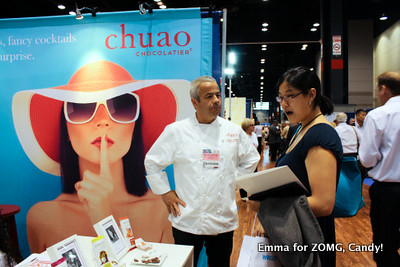 Orange-A-Go-Go was described as ”candied orange harmoniz[ing] with the essence of bergamot orange in dark chocolate”. The individually wrapped pod had a dry sharp snap that reviewed a few little bits of candied orange peel. 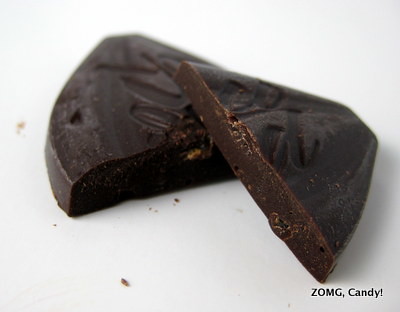 Those bits of peel added just a bit of texture and chew. The chocolate itself had a strong and bright orange oil flavor, making the chocolate bar a sweet mix of citrus zestiness and dark chocolate. An OM. 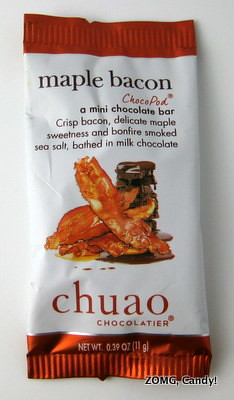 The chocolate was smoky, salty, and sweet, with brown sugar notes. The bacon bits added crunch and some subtly meaty undertones to the mild cocoa. 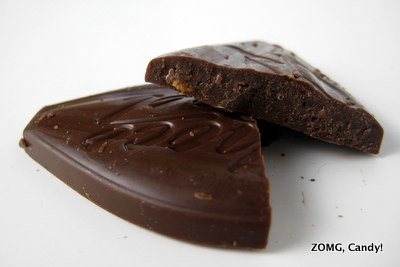 I don’t think I would have immediately identified the bacon-ness as meat. Had I not been told there was bacon in this bar, I likely would have just chalked it up to smokiness.

This was a nice mix of salty and sweet, though I think it’s definitely an acquired taste. Not everyone likes their chocolate with a does of smoky meat! An O.