My boyfriend’s gym is located right next door to A Southern Season, a gourmet food mecca that’s proven to be a great candy source. It’s also quite the temptation whenever I drop-in for a workout, as the gym exit is right by the chocolate truffles. 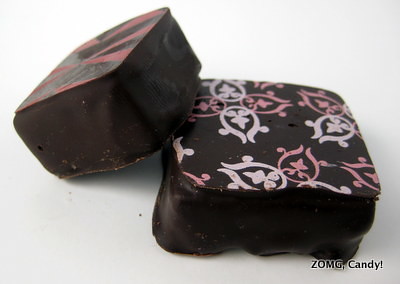 That’s how I wound up with a couple of impulse buys: a Tosca truffle from 20 Degrees Chocolates (left), and a Pure Passion (passionfruit) truffle from Red Light Chocolates (right). I chose them from A Southern Season’s multitude of chocolates because they sounded tasty and looked pretty. 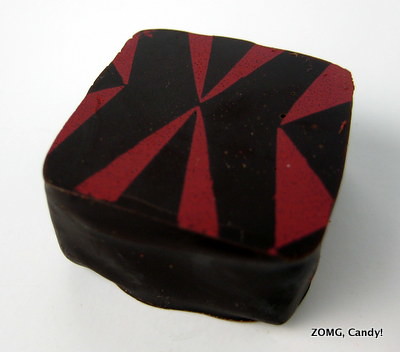 Yelp told me that 20 Degrees’s Tosca truffle was pomegranate flavored. Before I found that out, I’d assumed I’d misremembered which truffle was which, as the Tosca was so brightly flavored and the Pure Passion so dull that I thought each had to be the other. 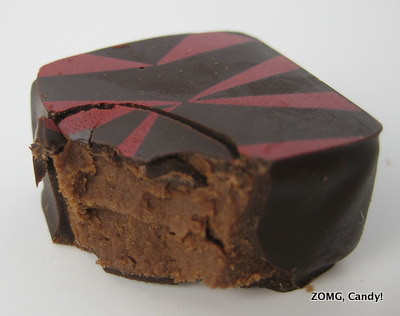 The Tosca had a soft, almost fluffy ganache with a cool, fatty melt. It tasted sweet and fruity with tangy citrus notes that brought a bright finish, while the dark chocolate was dusky with its cocoa flavors. An OM for its boldness.

As previously alluded to, I was disappointed that the Passionfruit from Red Light Chocolate did not have bright, fruity flavors. Instead, its mostly tasted of deep cocoa with just a hint of sweetness. 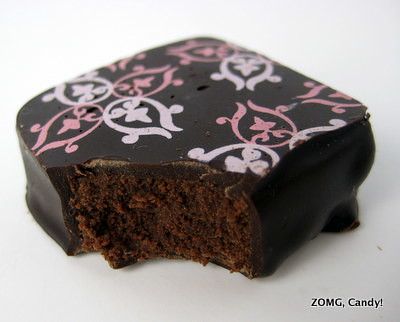 If I squinted my tastebuds, maybe I could find a barely perceptible fruity note in there, but I can’t be sure that it wasn’t due to the power of suggestion. It may have been that my truffle was no longer fresh and all the original flavor had faded by the time I got it.

The rich, stiff ganache melted smoothly into a nice finish. The chocolate was nice – I just wanted more passionfruit. An O.