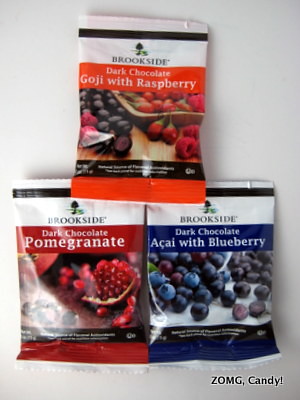 All of these were little discs of flat jelly candies coated in dark chocolate. Some of those jelly discs were placed back to back to make full spheres, while others were left as little half spheres. 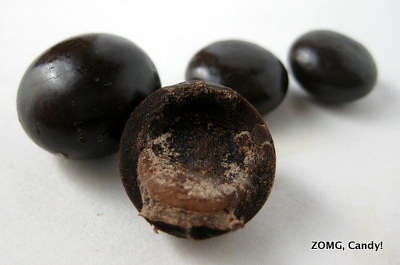 The dark chocolate coating was slightly grainy with a mild sweetness. Their centers had a mellow blueberry flavor that was jammy, like blueberry preserves. 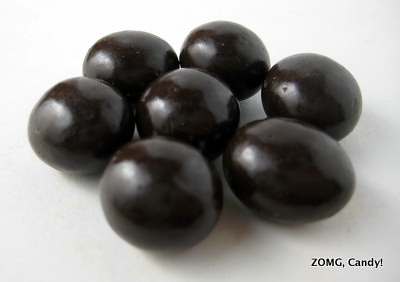 While the fruitiness was nicely light and sweet, it wasn’t bright enough to cut through the sweetness of the chocolate. This was my least favorite of the three Brookside products, so an O. 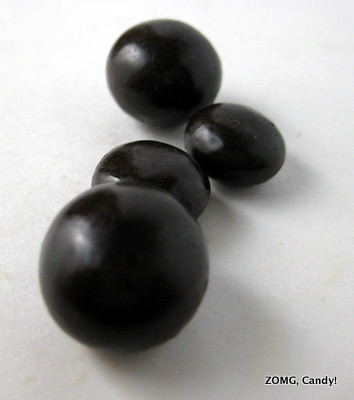 Dark Chocolate Pomegranate’s center tasted more of cranberry juice than pomegranate. Like the Goji with Raspberry, its bright fruity sweetness really nicely cut through the chocolate, making it a harmonious flavor pairing.

I think the Goji with Raspberry are my favorite Brookside flavor, but the Pomegranate ones come in a close second. They’re just a tad more tannic. An OM.