Many of the free samples that I got at Sweets and Snacks were in “not for retail sale” packaging. Usually that just meant that they weren’t properly labeled with nutrition facts and ingredients, but in the case of these Clark Bites, the packaging was radically different from their final form. 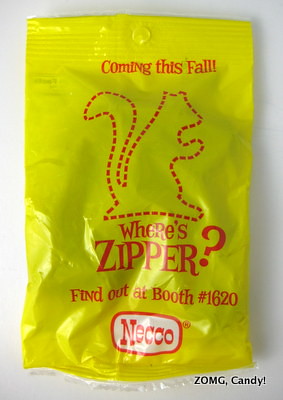 The yellow Where’s Zipper packaging had a link to a website with the backstory for these Bites. The Squirrel Nut Zipper was mad at Clark Bars, so it tried to blow them up, which turned them into these 1-inch squarish bites.

I’ve previously reviewed and enjoyed regular Clark Bars. They’ve been reformulated since my last review; now they’re made with real milk chocolate, and the Clark Bites are too. 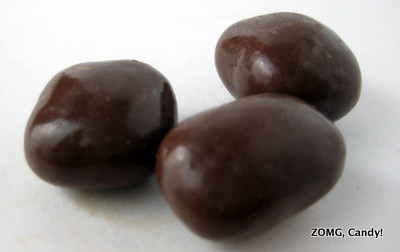 Most of my Clark Bites’ centers were this peanut butter toffee mixture that cleaved and crumbled and shattered when bitten into. I had one weird Bite that was entirely cleaning cleaving toffee (no shattering!), but I think that was an anomaly.

Those centers tasted lightly nutty with lots of brown sugar sweetness. The milk chocolate coating was quite thick, which amped up the sweetness of the chocolate to a level that was a bit too much for me and got cloying after a Bite or two. 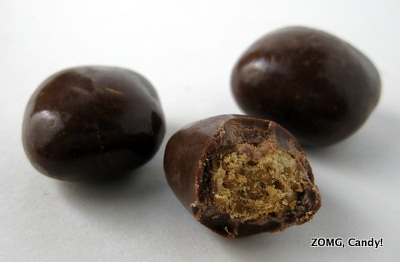 I approve of the switch to real chocolate, though I think a milder, malty milk chocolate or a dark chocolate would’ve worked better for me. I still love that peanut butter/toffee center, though, and I enjoyed these when I ate them one at a time, so an OM.

Cybele of Candy Blog reviewed these in their current packaging and gave them an 8/10.