And instead of buying a whole box or bag or whatever these usually come in, I can pick out just the SunDome flavors that I want to try: Chip ‘N Mint, Cashew Coconut Crunch, Mocha Jolt, and Chocolate Almond Toffee.

I’m currently having a hard time finding out more about these, as the SunRidge Farms website is under construction as of the time I’m writing this post. Best I can tell, they fit into Whole Foods’ image of crunchy-granola (literally) save-the-earth ethos pretty well. I can’t tell you, unfortunately, how many different kinds of SunDomes there are. I do remember the bin having at least twice as many different kinds as I bought – I wanted to get one of each, but that got heavy and too expensive. 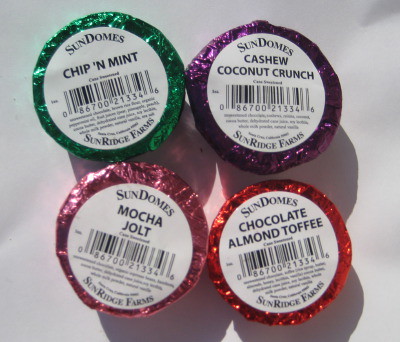 The SunDomes are, expectedly, dome-shaped blocks of chocolate flavored in accordance with their names. The chocolate blocks are solid and thick, so not that easy to bite through and also not that easy to share. Each dome is sizeable, about half the size of a hockey puck.

Chip ‘N Mint had a strong, pepperminty scent with little bits of cookie or rice crisp that gave it a hint of crunch. The peppermint was nicely balanced – noticeable, but not too strong.

Mocha Jolt had a strong, genuine coffee taste that was quite enjoyable. There was a slight grit to the texture, which I’m pretty sure was ground up bits of coffee beans. Both of these were solid and thick, with a hefty, dull snap. 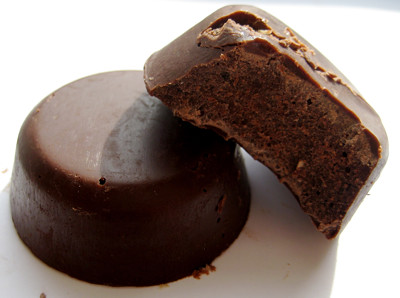 Cashew Coconut Crunch turned out to be a surprise. Its chocolate was a bit softer and milkier. It smelled strongly of coconut and had a hint of toasted dry coconut flavor that mingled with the slight nuttiness imparted by tiny bits of cashews sprinkled throughout. The surprise? Raisins! They added a fruity-raisin taste that sort of worked and sort of didn’t. For me, at least, that’s also how I feel about raisins. They sort of work as a snack, but they sort of don’t.

Finally, the Chocolate Almond Toffee, which also had a bit more give when bitten into. It starts with a slight nuttiness, thanks to the tiny bits of almond embedded throughout, that’s more roasty than that of the Cashew Coconut Crunch. That nuttiness then gives way to a burnt sugar note from the toffee aspect. I appreciated its complexity and flavor development. 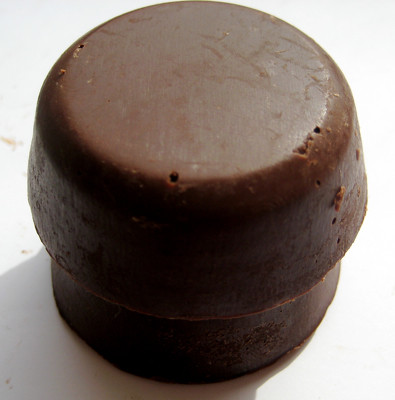 I wish these came in smaller portions. I ate them across several sessions because they were just so big, and one bite of each was plenty satisfying. If they came in little tasting disks or something, I’d buy all of them again. As is, I think the Mocha Jolt and the Chocolate Almond Toffee are worth buying again, so they get OMs, while the Cashew Coconut Crunch and the Chip ‘N Mint are too big for their own good and get Os.