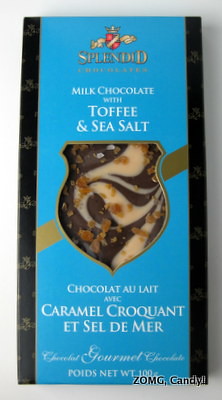 The Splendid chocolate bars immediately stood out because they were visually striking. The Milk Chocolate was prettily swirled with a white chocolate, and the whole thing was sprinkled with toffee bits and salt crystals. 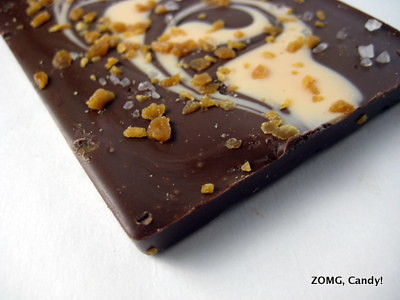 The white chocolate swirl turned out to be superficial. It was just a drizzle on the underside of the bar rather than swirled throughout. 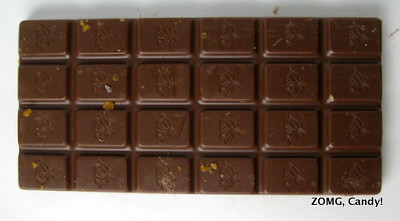 The milk chocolate’s melt was thick with a slight graininess. To me, it tasted uber sweet and on the edge of cloying, but I don’t like super sweet chocolate. 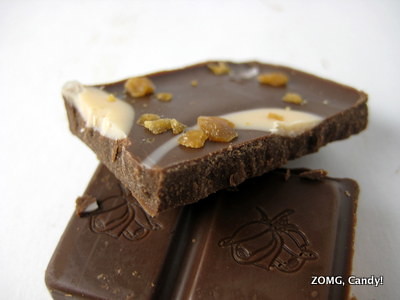 There were great caramel/toffee notes to the milk chocolate, even in the bites without toffee bits. I’m not sure if they were from the milk chocolate base itself, or if maybe the presence of the toffee managed to infuse the chocolate with its flavor. 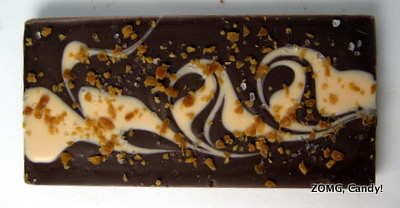 Giant sea salt crystals were relatively sparsely sprinkled on the underside of the bar. You can see how the majority of the sprinkled ingredients was toffee bits. I didn’t get any in the bites that I took, and I gave away the rest of the bar before I realized that I’d missed out on a key ingredient.

At any rate, I’d already made up my mind that this bar was nice to look at but too sweet for my palate. An O from me, though I should note that no one with whom I shared the bar complained about its sweetness.