Ooh La La Candy isn’t a candy company per se. Rather, they’re a candy packaging – or repackaging company – with the tag line, “Style and Taste.” Their wares include candy greeting cards and candy gift boxes, which are pretty cute and clever.

What really caught my eye, however, were their candy cupcakes. I got to try a couple for review: Peanut Butter and Jelly and Cupcake Couture. 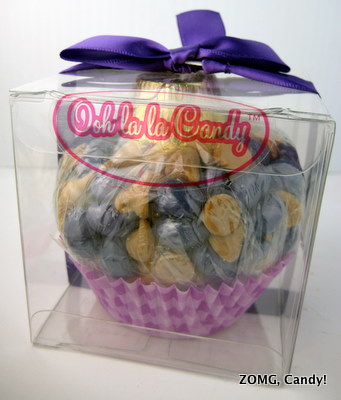 The candy cupcakes were really just cutely and cleverly packaged bags of candy. The candy is encased in plastic wrap and then taped to a cupcake liner with a hidden lift.

The cupcake liner is, in turn, taped to the bottom of a clear display box. I had some issues getting the cupcakes out of the box for photographing without totally crushing the paper liner and ruining the cupcake shape. 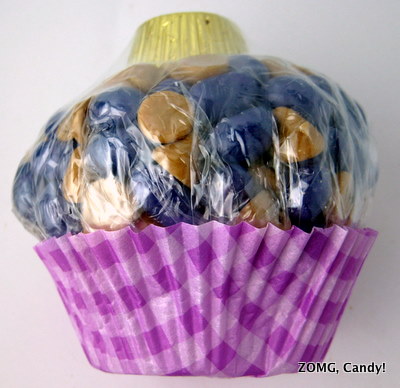 I don’t think the jelly beans taste like blueberry or grape jelly, but they do taste sweet and like a dark fruit. When eaten alone, they have a musty undertone, but that disappears when they’re eaten in combination with the peanut butter chips. 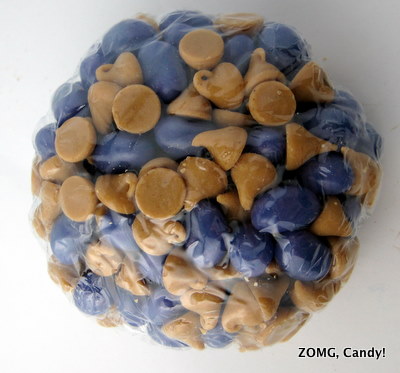 The pairing of the jelly beans and the peanut butter chips is surprisingly spot on. There’s some textural disparity, as the chips sort of melt and crumble while the jelly beans are chewy, but the flavor mix is a harmonious blend of sweet and salty and fruity and nutty. 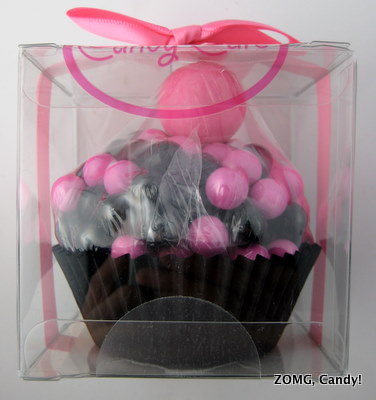 Cupcake Couture was composed of black and pink Sixlets (I didn’t even know they came in those colors!) and was topped with a big pink gumball. My gumball placement was a bit off-center, which gave the cupcake an invitingly jaunty look. 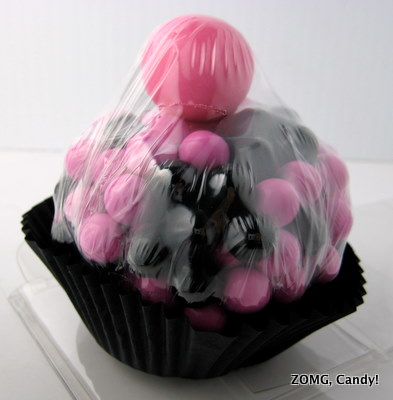 In the end, with Ooh La La Candy, you’re really paying for the packaging rather than for the candy. Since they don’t actually make the candy, I don’t think it’s fair to give them a rating (though the peanut butter and jelly combination is inspired!), but I will say that the candy cupcakes are seriously cute and charming.

These cupcakes aren’t something to buy for yourself; they’re meant to serve as gifts or party favors to coo over. If you wanted to save money or use your choice of candy, I don’t think it would be too difficult to make your own version (I can just imagine some Bridezilla forcing her bridesmaids to make 500 candy cupcakes in her wedding colors).

And if you want to save money but are too lazy for candy arts and crafts, Ooh La La Candy has been kind enough to set y’all up with a ZOMG, Candy! discount code. “ZOMG” as a coupon code will get you 20% off your entire order anytime throughout the summer, and it can be used on top of their current 10% off 3 or more cupcakes promo.