I got a set of five Meiji Mini Candies from my friend Michael, who is originally from Japan. I’m still looking for a place where I can buy them in the states. 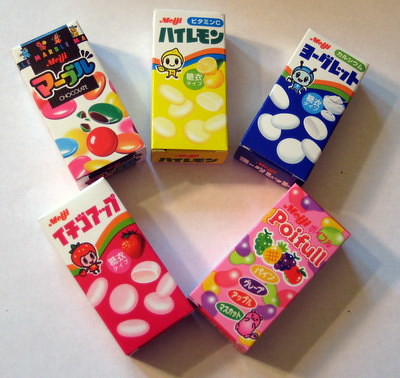 Let’s go left to right and top to bottom, starting with the chocolate sugar-shelled candies (possibly called Marble Chocolate?). These were slightly thicker than M&Ms. Either the chocolate had a slightly fruity finish, or the shells were flavored. They were agreeable enough and get an OM. 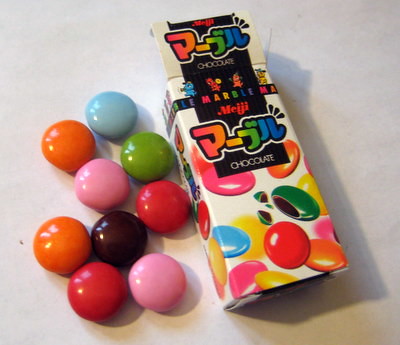 The next three were variation on a theme, lemon, yogurt (?), and strawberry. I love the little character thingies in the corner. Japan does ridiculously cute so well! These were all little spheroids with sugar shells around a sugary flavored centers. 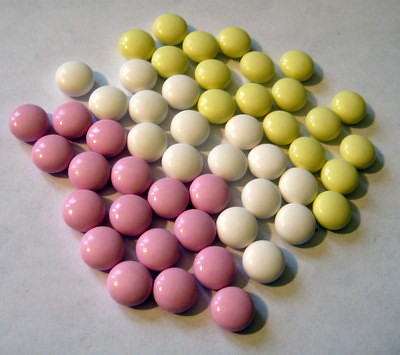 Strawberry was lightly pastel pink. It tasted bright, with a slightly sour strawberry preserve taste. It was so genuine that I wouldn’t be surprised if I found seeds inside. OM.

Lemon was yellow and tasted bright, tart, and effervescent, like a candy version of lemon zest. OMG.

Yogurt (I think) was white and had a little blue alien instead of a lemon or strawberry head. It had a sour tinge to it and reminds me of those little yogurt jugs you can get in Asia. The Chinese name for them literally translates into “sour milk”. Not for me, but a pretty genuine representation of what they were going for. O. 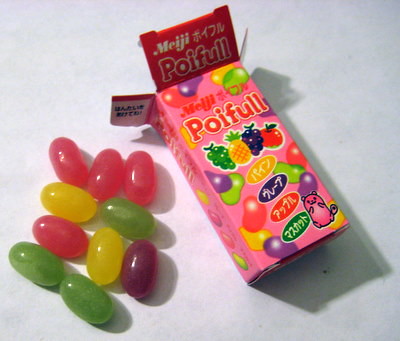 I was all sad that I had lost my Poifull notes. Then I realized that I didn’t lose them; I’d just already reviewed them here. If you’re too lazy to click over, they got an OMG.