For those of you who are lucky enough to get the day off, enjoy your three day weekend! For everyone else, here are some presidential facts about chocolate, courtesy of the Historic Division of Mars. 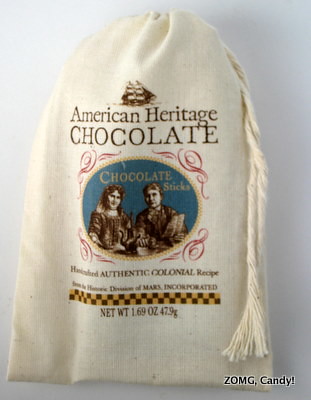 Unknown to most, Chocolate has had a tangible connection with our forefathers.??Prominent figures in Colonial America like George Washington, Thomas Jefferson, Benjamin Franklin enjoyed chocolate on a regular basis. It was most commonly consumed as a beverage served during mealtimes, not like candy today.??In honor of our past presidents, share a part of history by recreating George Washington?s favorite drink with a recipe from The Historic Division of Mars!

Take a Quart of Milk, Chocolate without Sugar four ounces, fine Sugar as much fine Flour, or Starch, half a quarter of an Ounce, a little Salt: mix them, dissolve them, and boil them as before.

Combine both ingredients in a straight-sided one quart sauce pan and bring them to a boil. When the chocolate is melted and well combined, take the pan off the heat.

Using a handheld immersion blender, agitate the hot liquid to achieve a foamy top. Alternately, put the hot mixture into a countertop blender. Press a dry towel down over the cover of a standing blender during mixing to prevent burns or possible injury. Serve immediately.

One thought on “Happy Presidents’ Day!”