DeMet’s Turtles were another candy trying to make mini happen at Sweets and Snacks. They were handing free samples of their Turtles Minis, so I, of course, grabbed a little bag to review. 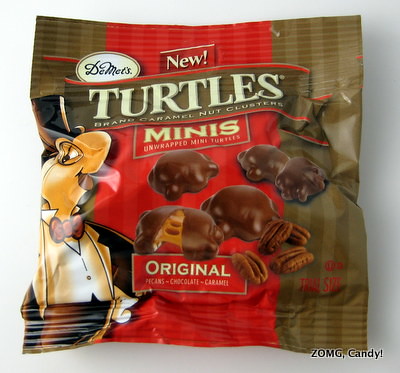 Despite my efforts to pick a bag that didn’t feel smushed (some of the sample bags obviously contained one large stuck together clump), my Mini Turtles looked less than pristine once I opened the bag.

To be fair, they had been packed and repacked into a variety of bags between the Expo floor and my candy photo shoot table, so I wasn’t surprised when they emerged a little worse for wear. 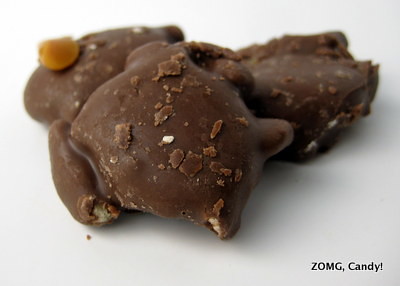 I think that’s going to be a problem for all of these unwrapped mini candies – without the extra padding and barriers of individual packaging, things are going to get scuffed. The Mini Turtles were especially affected because they oozed caramel and got stuck to each other. 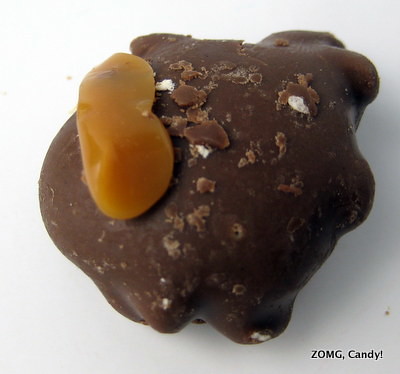 Turtles is actually a trademarked name for these pecan-covered-in-caramel-and-dipped-in-chocolate treats, though I’ve seen “turtle” used generically in Mom-and-Pop candy shops. It is, after all, a cutely accurate description of the treats’ general shape.

The Mini Turtles had a super sweet milk chocolate over a chewy, sweet caramel. I found them both to be pretty one note (aka sugary) here and wished for some more flavor complexity out of them. 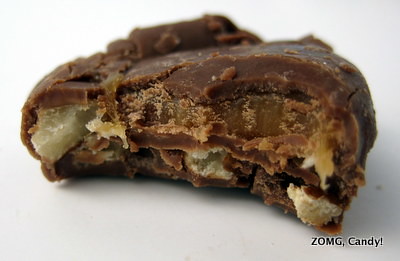 I was especially disappointed in the pecans. Really good pecans have a distinctive nuttiness to them, especially if they’ve been toasted. The pecans in my Mini Turtles were so bland that I wondered if they were actually walnuts, and they were sparse to boot.

I’ve had much better versions of Turtle-esque treats by other brands. Hammond’s Piggy Backs, for example, use higher quality ingredients and are a far superior (though also much more expensive) treat, and Lamme’s Longhorns are a hometown favorite.

At the mass market price that they’re shooting at, these Mini Turtles’ simplistic flavors just can’t compare. I could forgive them the eh chocolate and caramel, but the whole point of Turtles are the nuts! And the nuts here are bland. An O.