While I was in Seattle last week for a conference, I stayed an extra day to do some sightseeing, which included a whirl around their awesome Central Library. It had crazy cool architecture, a spiral stacks, and, most importantly for this blog, a Chocolati stand. 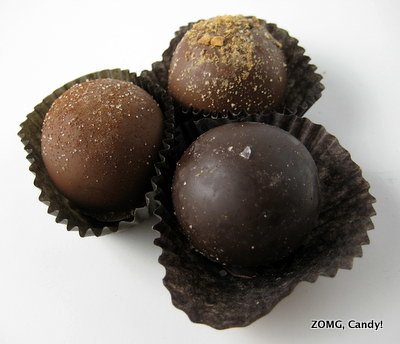 The lady running the Chocolati stand was the nicest chocolate seller I’ve ever met. A companion and myself each got a free truffle because it was our first time visiting, and then when I couldn’t decide between which of two truffles that I wanted to buy, she gave me both for the price of one. Thanks, awesome Chocolati lady!

I ended up buying a Cinnamon Almond Aztec, a Pistachio Curry Truffle, and what I think was a Salted Vanilla truffle (my memory may be wrong, and it’s not listed on the website). They were pretty reasonably priced at $1.45 each, and I got three for the price of two. 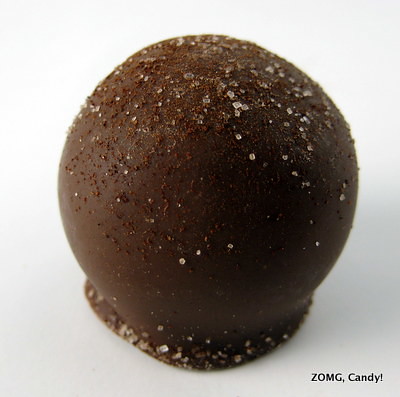 Cinnamon Almond Aztec was described on the website as, “Milk chocolate couverture and semisweet ganache with almonds, sprinkled with sugar and cinnamon.” There were visible bits of almonds in the sparkling ganache – the sugar crystals mixed in were visibly light-catching. 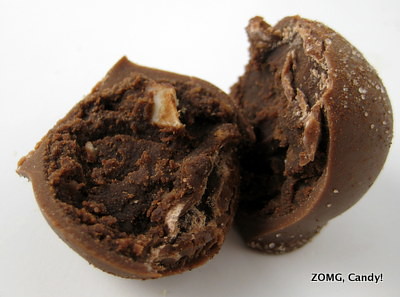 It tasted strongly of cinnamon and sugar with a subtly acrid bite to the end. The ganache left a slight grit as it melted away. That combined with the powerful cinnamon flavor and astringency of the finish spoke to just how much cinnamon spice went into this truffle.

While I appreciated the cinnamon flavor, I found the truffle to be too sweet. I also didn’t get any nutty flavors from the almond bits, likely because the cinnamon sweetness was so strong. An O. 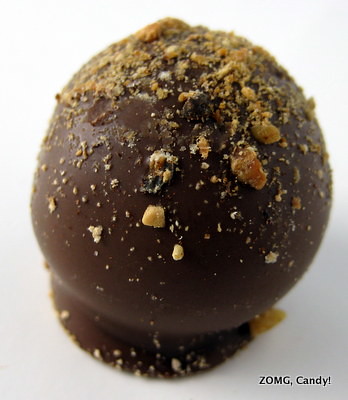 Pistachio Curry was “Thai curry mixed with a blend of our 71% dark chocolate and 50% bittersweet chocolate sprinkled with fresh pistachio nuts.” It was definitely a uniquely flavored treat. 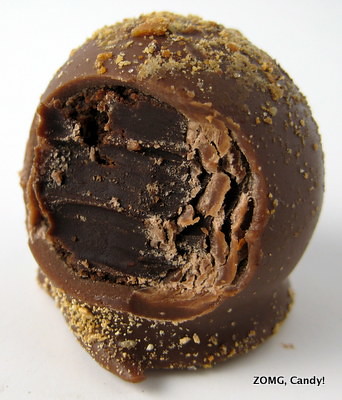 The curry spices were right out of Thai takeout. They started off savory and then sweetened as the chocolate asserted itself, and the whole thing finished with just a hint of heat to the end.

Again, I felt this truffle to be too sweet for my taste, and I didn’t taste any nuttiness from the pistachio bits. An A for creativity, but an O for being too sweet. 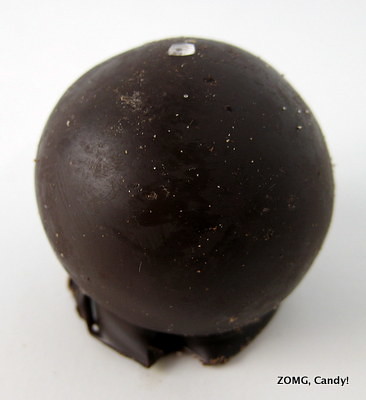 It tasted lightly sweet with a great dry duskiness. The cocoa flavor was intense and was set off with a flash of salt. 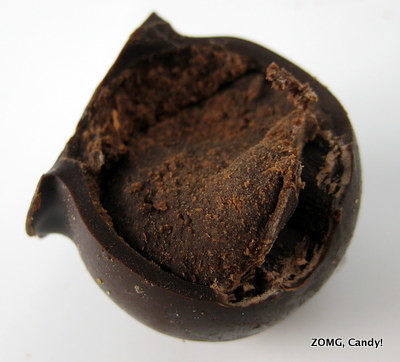 This was my favorite of the bunch for its potent chocolate flavor. It was high quality but honestly, a tad boring, so an O.

I wonder if I just chose poorly from the Chocolati assortment? I tried a bite of their chocolate-covered sea salt caramel on site, and that was delicious and well-balanced. Their overall sweeter truffles weren’t as much to my liking. Clearly the best solution is to take another trip to Seattle and eat more truffles.