I picked up these two Turin chocolate bars, a Baileys and a Kahlua, in a Duty Free shop on the U.S./Canada border. I’ve seen them in Walgreen’s before and had always passed on them because they were rather pricey, but at the border they were on sale and Duty Free! 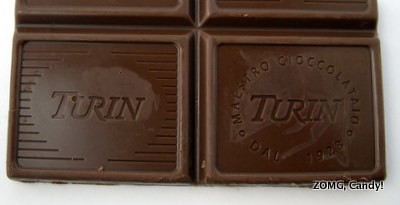 Baileys Irish Cream is a liqueur that’s made of Irish whiskey and cream. The chocolate bar had a pale gray ganache sandwiched inside milk chocolate squares. 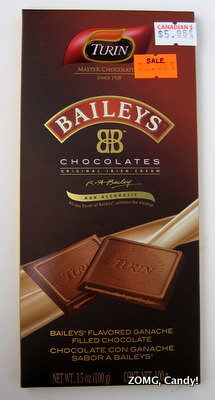 The sweet chocolate coating was mild, without much distinction. The bar was so soft that my fingerprints were easily left behind, and it tore rather than snapped (though the summer heat may have been a contributing factor). 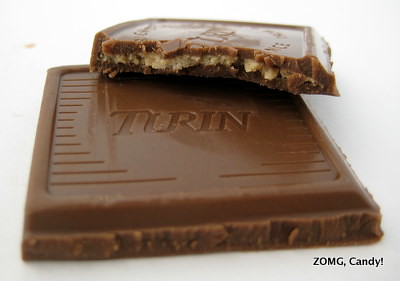 The ganache filling pretty much overwhelms the chocolate’s flavor. It was sweet and grainy with a light crunch, perhaps from crystallized sugar. It tasted slightly bitter with a strongly boozy, milky hit and the taste of cooked cream. 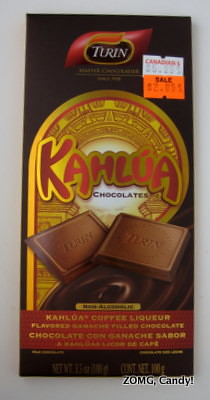 The Kahlua version had the same chocolate coating and a similarly textured ganache. Its ganache tasted darker and deeper, with pronounced coffee and caramel notes, and it was pale brown in color. 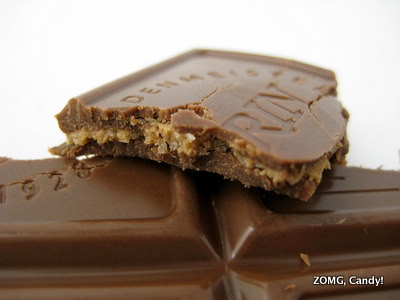 I preferred the Kahlua to the Baileys, as I enjoyed Kahlua’s darker and more complex flavor. Both bars, however, suffered from being overly sweet, so sweet that they burned my throat.

I’m glad that I tried them, and I was happy to share them with friends, but I wouldn’t buy them again unless Turin turns down the sweetness. Os for both of them.

Cool Down with Chocolate and Serious Eats

Via Serious Eats, 4 ways to cool down this summer, all of which involve chocolate. Yum! Now I've got fudgesicle...