I’ve seen Trader Joe’s Dark Chocolate Edamame on their shelves for a while but had never been brave enough to give them a try. Chocolate and edamame just didn’t sound like a good combination to me.

I finally picked up a tub over the weekend. Something about the bright green tub that made it hard to resist, I guess. 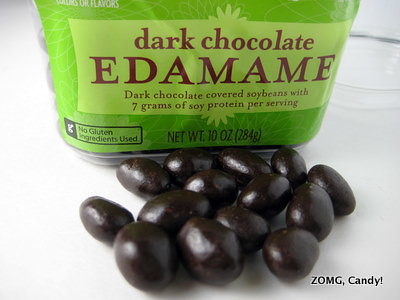 The chocolate was thin and sharply snappy on its own. It had a nice cocoa depth to it, with a dusky finish. I think it’s the same dark chocolate that goes into their other chocolate-covered things in tubs. 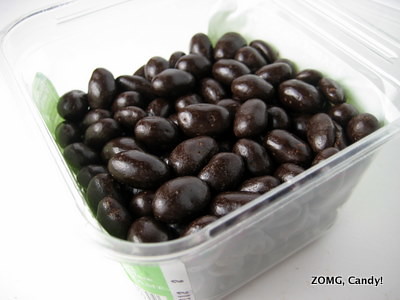 The edamame was lightly salted. It still had its thin, papery shell, which I thought should have been removed. After all, they don’t leave the peanut skin on their chocolate covered peanuts.

The bright green bean crumbled when I bit into it and ended in a rather unpleasant grittiness. When chewed with the chocolate, the grittiness was somewhat masked by the chocolate’s texture. 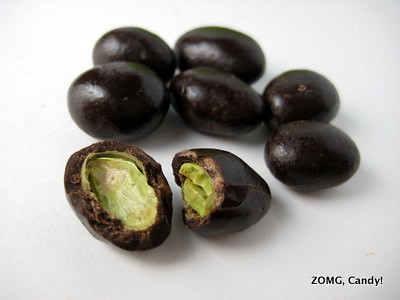 I appreciated the mix of salty and sweet here, but I wasn’t a fan of the texture. They get an O. I’ll be letting my boyfriend finish the tub, as he loved them.