Here’s another A Southern Season‘s splurge, a full-sized Recchiuti Sesame Nougatine bar to go with their Asphalt Jungle Mix. It was described as “dark milk chocolate with sesame nougatine and fleur de sel.” 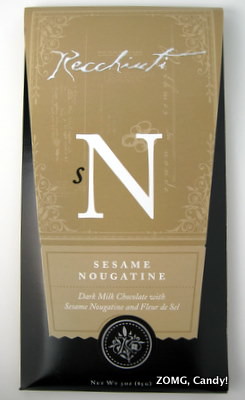 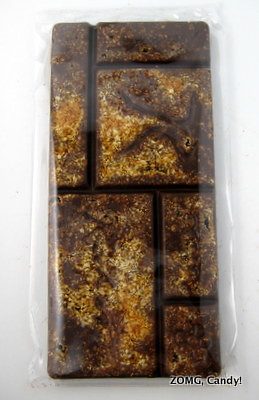 The bar itself was gorgeous, with the gold nougatine playing out in pretty swirls against the deep brown of the chocolate. Some of the squares were etched with a cursive Recchiuti or R. 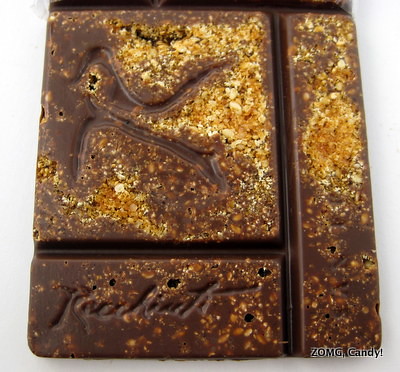 The randomly cut assortment of different sized squares and rectangles was pretty and made the bar look like abstract art. They were also impractical, as you couldn’t break the bar neatly because of the intersecting lines.

The milk chocolate was quite creamy with a nice malty edge to it. It melted thickly and sweetly, finishing with a hint of salt. 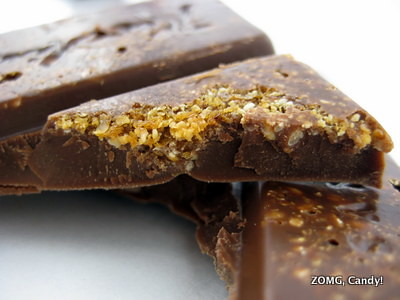 The sesame nougatine part turned out to be disappointing. I was expecting a crunchy, toffee-like treat.

Instead, this bar’s nougatine had no crunch, either by design or lack of design that let the nougatine take on too much moisture. The sesame added a bit of grit and a light, mild nuttiness. 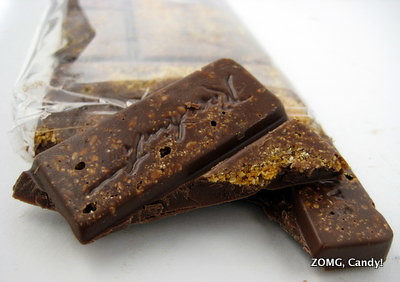 The flavors were nice – the milk chocolate was great, and I enjoyed the taste of the nougatine – but the textures could have been improved. I wanted caramelized crunchiness, not a soft, chewy seediness.

I bet this bar would be great if it were fresh and crunchy. As is, just an O.