On Wednesday, I reviewed some free samples of Palmer‘s Kiddie Chow. Today, I’ll cover their Peanut Butter Crispy Yums, which were also included in my free sample shipment. 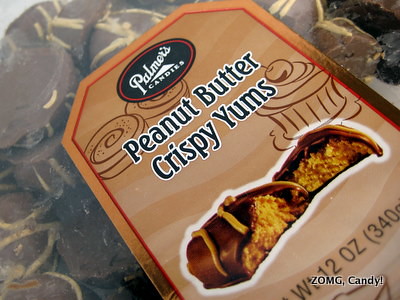 They came in the same-sized tub as the Kiddie Chow, but because the Crispy Yums were denser, the tub was 12 oz. rather than 7.

Despite their Crispy Yum moniker, the peanut butter centers were actually rather soft. The crispiness came from little rice crisps that were mixed into the filling. It was still a nice textural touch; it was just that I was expecting something more like a Butterfinger. 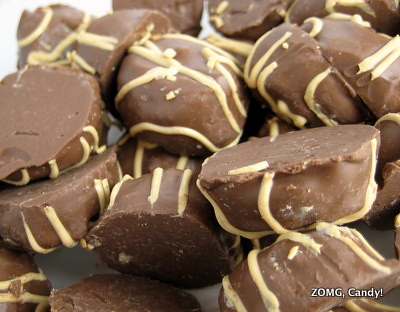 The filling had a nice peanuttiness that paired well with the chocolate coating (real chocolate!). I felt that it was lacking salt, however.

Just a bit more saltiness would have made for a nicer salty/sweet contrast with the chocolate. That saltiness is what makes Reese’s so successful! 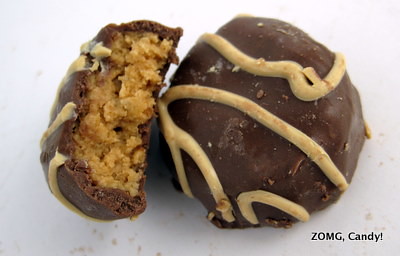 I liked that the treat was a novel confection. While the flavor combination of chocolate and peanut butter was a classic one, the soft center/crispy rice/melting chocolate mix was unusual.

I could have used more peanut flavor and more saltiness, but I still found the treat to be enjoyable. I left the rest of the tub out at work, and it quickly disappeared. An OM.