Nestle Munchies and After 8’s are UK treats that are similar to more well-known and more widely available candies. The ones I bought are unique because they’re cube shaped and come in a roll/log, making them more portable and convenient. They’re great for sharing, for portion control, for stretching out your snacking by forcing you to slow down, and for saving for later.

Munchies are pretty much just like Twix; they’re cookie (biscuit) and caramel all covered in milk chocolate, though in the Munchies the division between the two is vertical rather than horizontal. I thought the Munchies actually surpassed Twix because the Munchies are easily poppable. There’s nothing exceptionally special about any of the ingredients in the Munchies, but then again, there’s nothing that special about the quality of what goes in a Twix either. It’s the perfect combination of salty/sweet/textures that makes Twix so great. I give Munchies an OM. They’re cheap, inelegant, and tasty, and I wish they were available in the U.S. 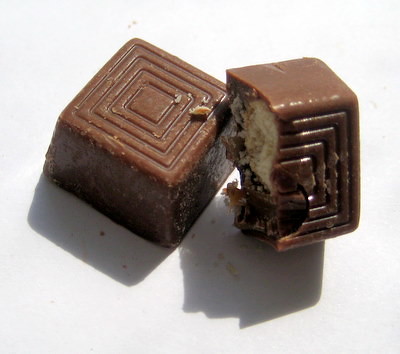 After Eight mints come in many sizes; the cubes, on the outside, are extremely similar in appearance to the Munchies. See for yourself: 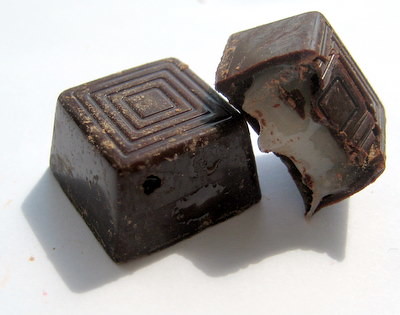 Basically identical on the surface (same ridges, same grain/bloom showing the poor quality of the chocolate), except that After Eights are dark chocolate instead of milk. They’re filled with a creamy, minty fondant thing. Basically, they’re like conveniently sized York Peppermint Patties, only not as refreshingly minty, so I only give them an O. Also like the Munchies, nothing special, but still pretty good.

One thought on “Nestle Munchies and After Eight”