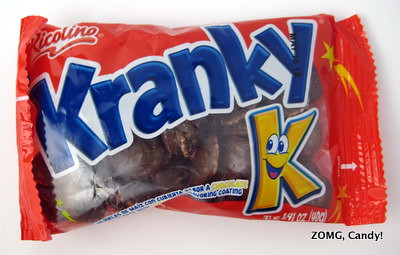 While the ingredients list had hydrogenated palm oil instead of cocoa butter, it did at least have cocoa. And the amount of chocolate flavoring was so thin that it masked the lack of true chocolate. 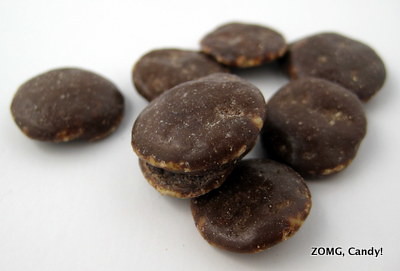 The cornflakes brought a wonderfully firm and crisp crunch and a hearty toastiness in flavor. They were solid, stiff flakes; no Special K-style flimsy wimpiness here.

The coating had a light cocoa flavor with an undertone of maltiness. They were understated in their sweetness and acted as a great foil against the starch of the cornflakes. 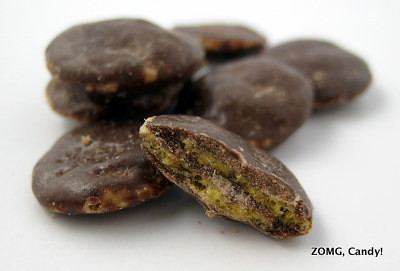 My only complaint is that there was a slight hint of chalkiness to the finish. I bet that could’ve been helped by using actual chocolate! 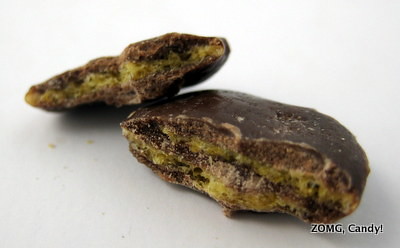 I was surprised at how well this simple, unassuming treat worked. It was a nice mix of textures and flavors. An OM.