Huevitos was another Ricolino’s candy that I picked up at a local Hispanic grocery. They were touted as new, though Cybele said she had them last year. 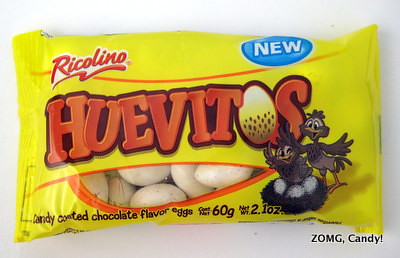 The packaged described them as “candy coated chocolate flavor eggs.” ”Chocolate flavor” is a marketing/packaging red flag. It means that there’s no actual cocoa butter inside.

These looked nice, like prettily speckled eggs. But ooh they smelled gnarly, like anise (I’m an avid licorice detester). 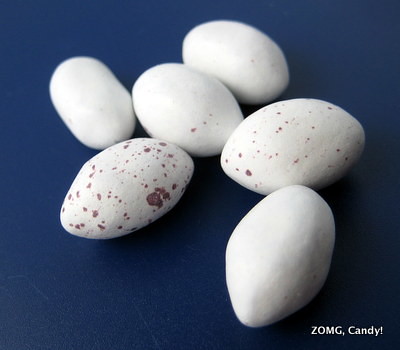 The candies had brown spotted sugar shells that I could easily smoosh between my fingers. The “chocolate flavor” centers were soft, grainy, and chewy.

Those centers tasted worse than they smelled – it was both sour and sweet with chemical flavors and an anise edge. I couldn’t even finish one. 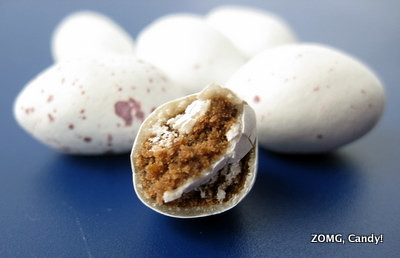 It’s a shame that they were so pretty to behold, yet so gross to eat. Run away! A —.