Here’s part 2 of my review of some?French Broad Chocolates purchased at A Southern Season. On Monday, I reviewed the vanilla bourbon and mole negro. Today, we’ll cover the fig and port and the sorghum caramel. 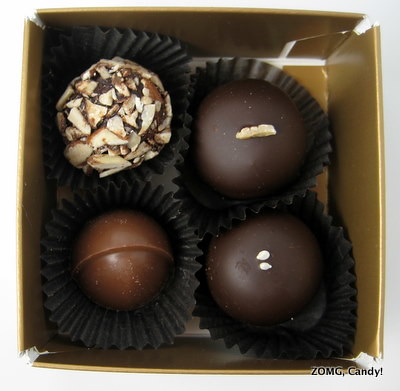 Fig and port was?“55% cacao Hawaiian dark chocolate, coconut cream, a puree of local figs from an old man?s back yard, and port, coated in 91% extra-dark chocolate and rolled in toasted almonds.” 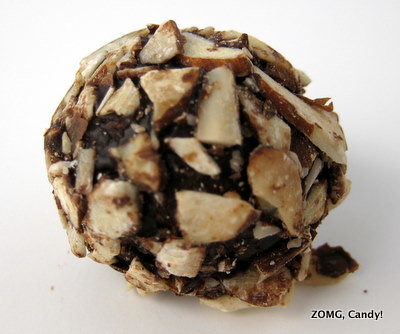 This truffle had a sticky ganache with a thin chocolate shell that was then rolled in almond bits. Those almonds brought some nuttiness, which was nice, but also some astringency, which was less nice. They didn’t taste toasted to me; I think they’d gone a bit stale in A Southern Season’s chocolate case.

The ganache, on the other hand, was great. It had a lightly jammy scent and tasted of a sweet, figgy fruitiness that became noticeable brighter as the chocolate melted. 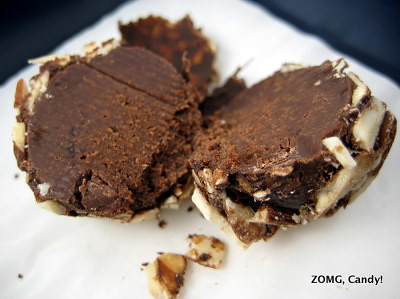 There was a lightly sweet grapey boozy note to the finish. Like the vanilla bourbon, it captured all of the alcoholic flavor of the port without any of the burn. I enjoyed the ganache to this one, but the less-than-fresh almonds were a bust.

The sorghum molasses was the only molded truffle that I purchased. Its milk chocolate shell melted thickly with dairy caramel notes to reveal a prettily oozy, thick liquid caramel center. 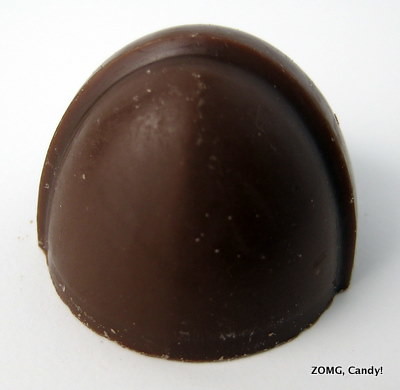 The texture of that caramel was gorgeous, a velvety smooth pool that lay on my tongue and melted into my taste buds without any sticky chewiness. It started off sugary sweet with buttery, scorched notes.

Then, the flavor took on maple syrup’s amber edge. Finally, it finished with a flash of fruitiness and just the right slight bitterness. The chocolate was maybe a tad too sweet, but I forgave it because man, that caramel was divine! 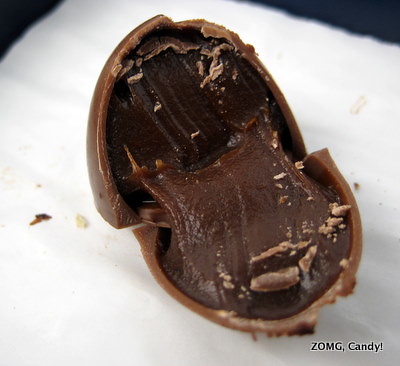 The fig and port gets an O because of the almond detraction. Without those nuts, it would’ve earned an OM.

I suspect that had I purchased them at French Broad Chocolates’ actual store, they’d be fresher and tastier. Who knows how long they’d been hanging out at A Southern Season? 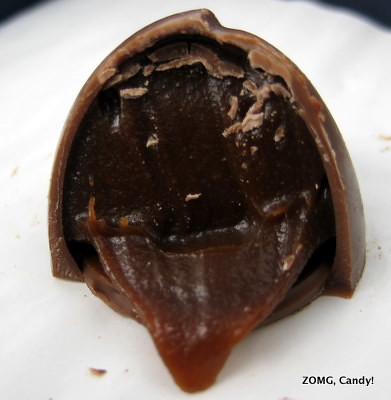 The sorghum molasses gets an OMG. It haunts my dreams, and I’d happily spring for another one when my wallet has recovered enough to return to A Southern Season.