My friends Emma and Jason recently took a vacation to London and brought me back a box of After Eight Mint Chocolate Thins. If you’ve been following this blog for a while, you’d recall that I spent the summer of 2008 in the UK, during which I reviewed the regular After Eights. 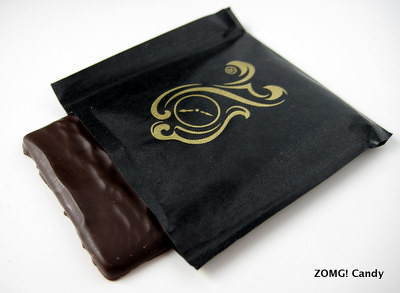 The Mint Chocolate Thin version of the After Eights were much classier than the boxy cubes I’d had before. My 300 g box of thins had ~35 thins, each encased in their own delicate sleeves. The sleeves themselves were prettily decorated with the After Eight clock logo in gold.

The Thins were 4cm square and about 1/4 cm thick. Their bottoms were flat and lightly imprinted with “After Eight” in script, while the tops were wavy and rippled. 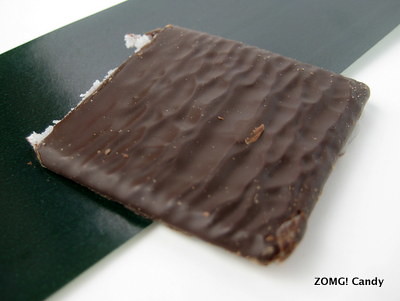 The thin dark chocolate shell broke easily to reveal the grainy squishy fondant within. The chocolate’s mild cocoa flavor was barely noticeable and was mostly overwhelmed by the strong mintiness of the fondant.

That mint was refreshing but not mentholated/cooling. It was just a hair too sweet – enough that it felt cloying when I ate two thins in a row. 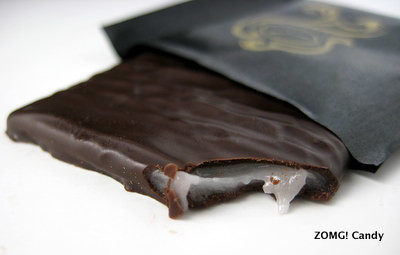 I thought these were a lovely treat. They look elegant enough to put out for guests, which is pretty good for a mass-market chocolate item. You couldn’t say that about York Peppermint Patties, which is the closest thing to these we’ve got on the American market. An OM.