I love Walker’s toffees, so when my friends Emma and Jason asked me if I wanted any candies from England, I asked for some Walker’s. They brought me this box of Assorted Toffees (and also a box of After Eight thins). 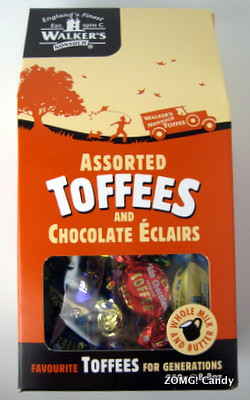 The Assorted Toffees were English cream toffee, plain chocolate, milk chocolate, banana, and eclair. Eclair was in the last set of Walker’s Toffees that I reviewed four years ago, but the rest was new.

English cream toffee had a smooth and creamy melt and a super sticky chew. The flavor was incredibly buttery and sweet with rich, fresh dairy notes. 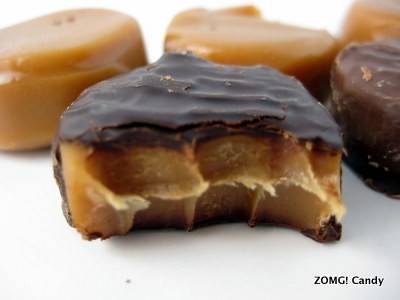 Milk chocolate was just like the plain chocolate, only with a thin milk chocolate shell rather than dark chocolate. It had just a slight, mild chocolate flavor. 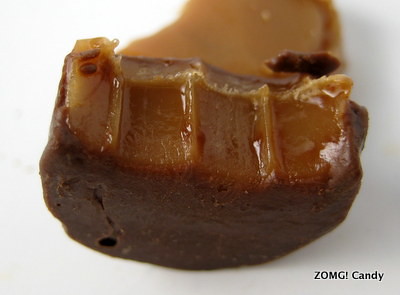 I was dubious about eating the banana toffee since I hate artificial banana flavor. Fortunately, the banana flavor of this toffee, which came from a flavored cream center, was a pretty accurate representation of a real banana, so I could tolerate these (though they weren’t my favorite). 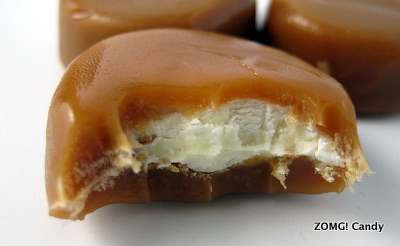 Finally, the eclair toffee was hiding a bit of (probably fake) chocolate in the center. The chocolate was dusky and sweet, with a bittersweet chocolatesque Tootsie Roll finish that toned down the buttery flavor of the toffee. 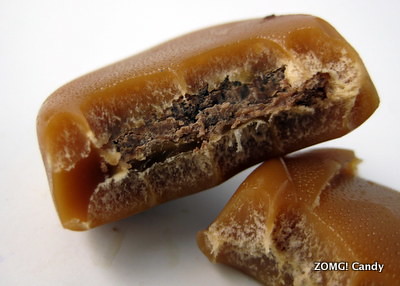 I think these still pale in comparison to the darker burnt flavors of Walker’s treacle toffee that I love so much. Still, I enjoyed chewing through their sweet buttery flavors. An O for the banana, and an OM for the rest.

I bought this selection of Askinosie Itty Bars at Antonelli's, this great cheese shop in Austin. They were sort of...