In general, I don’t believe in buying seasonal treats when they’re actually in season. They taste great throughout the year, and they’re cheaper when you buy them in post-holiday sales! 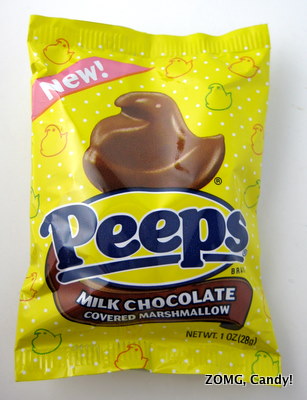 Just Born was the buzz of the candy/food blogosphere when they announced their chocolate-covered Peeps. I wasn’t going to review them since Easter is long gone, but I decided that they merited one because I felt that they weren’t worth the hubub.

They were pretty cute, as they managed to maintain the Peeps chick shape. I appreciate the pseudo-eyeball touch! They were also pretty fragile – the chocolate coating cracked pretty easily. 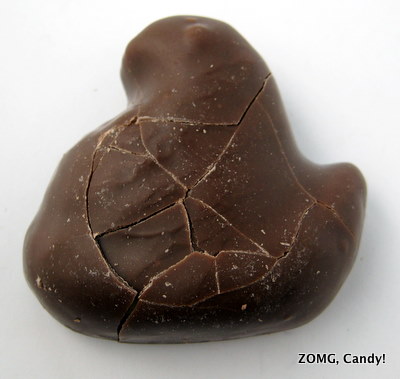 Taste-wise, though, they were just kind of meh. The milk chocolate was Hershey’s style. In other words, too sweet, rather grainy, and tinged with sourness.

The marshmallow inside was entirely yellow, unlike regular Peeps which are white with a colored outer layer. It tasted mostly of sugar. 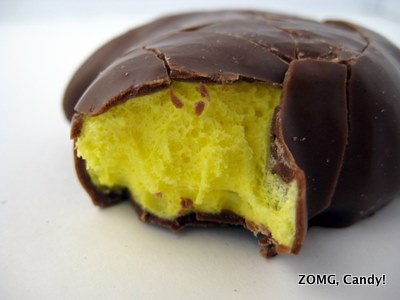 The texture, however, was lovely. Check out the fluffy air bubbles! It was super soft and squishy, like homemade/gourmet marshmallows are. I guess the chocolate coating is a great air barrier and helps keep the marshmallow fresh.

I wouldn’t buy these again, on sale or at full price, but they’re totally innocuous. An O.