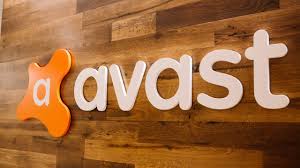 Avast plc is one of the largest cybersecurity companies in the world, with more than 435 million users across the globe. The most advanced threat protection of Avast is the lightest yet toughest protection against ransomware, viruses, malware, home Wi-Fi network vulnerabilities, zero-day threats, and more.

They believe that everyone has a right to be safe online and thus they offer safety through their award-winning anti-virus across the globe.

Using real-time intelligence from more than 400 million users of Avast, they prevent over 66 million threats each day.

Avast was established in 1988 by Eduard Kucera and 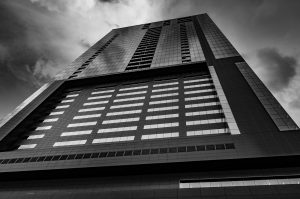 Pavel Baudis who met each other in Czechoslovakia.

A brief timeline of Avast plc is described as follows:

ALWIL was established as a company when Eduard and Pavel broke off from the other cooperative as a result of Communism that succeeded in the Velvet Revolution 1989.

Ondrej Vlcek joined Avast as a software developer. He is presently working as the CEO of the company.

ALWIL refused an offer to be acquired and licensed its Avast Anti-virus to yet another company McAfee. From there, the global distribution of Avast grew rapidly.

Avast plc decided to change the traditional model of business and offer a free yet fully-featured anti-virus software in all markets.

Within a single year, Avast gained more than 1 million users and its revenues started to grow.

Vincent Steckler was appointed as the CEO of the Avast plc company.

Summit Partners came as an investor on board. In the same year, ALWIL rebranded to Avast so they match the name of their classical software.

Avast opened new Prague headquarters and brought the Silicon Valley-style to the Republic of Czech.

Avast acquired AVG which doubled their number of users thereby bringing on new technologies and talent.

With this acquisition, Avast got the most advanced and the largest network of threat detection. Also, this diversified its product portfolio, revenue stream, and geographic base.

Avast acquired Piriform, and the number of its total active users crossed 435 million.

Ondrej Vlcek was appointed as the CEO and is presently leading the company towards a new growth phase.

Avast plc leads the consumer cybersecurity market on a global scale. Their strategy includes diversified product portfolio and freemium business model with liability to segments with high profits that provide several paths for growth in the long run.

Through their free software, they have collected the largest number of users in the world with the number of monthly active users exceeding from 435 million. This huge user base is checked both indirectly and directly. Direct monetization converts the free users into paying ones thereby increasing their average revenue.

This strategy creates a higher barrier for competitors to enter.

Avast is well-adjusted in numerous market segments that hover to grow. They continue to add services and products in complementary and adjacent markets that leverage their security competence to enter the Smart Home market, SMB security market, and to offer Family Safety services under associations with mobile carriers.

Avast plc continues to invest in the development and innovation of its technology to ensure and maintain the competitive advantage in the threat detection over all the user products and segments. Over 50% of Avast full-time employees work in the R&D department, with enthusiastic teams in artificial intelligence, data analysis, and machine learning.

The company focuses on the M&A strategy to maximize the returns of shareholders. Their past acquisitions increased their user base, extended their geographic markets, and extended their core abilities by bringing in the intellectual property. The company also ensures some of the fully aligned long-term strategic goals with KPI’s management team. These goals include financial as well as operational goals.

Avast leverages artificial intelligence and machine learning to eliminate the known malware efficiently, while their threat data set gives them the speed, scale as well as accuracy to discover, protect, and classify any new threat quickly.

Their team of dedicated threat researchers, experts of machine learning, and data scientists include expertise from the top schools of the world. Combining these talents and massive data amounts along with implied cloud-based infrastructure, they invest in 5 main research areas i.e.

Emulators: Two emulators protect from Zero-day vulnerabilities and malware, and increase the flexibility against sample modifications of malware. These provide complete emulation of indigenous computation, including virtual RAM, CPU, and OS plus its subsystems.

Avast cyber capture: Avast Cyber Capture automatically activates at the time it is needed to avoid the most sophisticated and the rarest malware from entering the user’s gadget. Avast Cyber capture locks down and surrenders the significantly malicious files, to the Avast threat labs’ clean-room environment, meanwhile informing and keeping the users engaged throughout the whole process. Human experts and advanced algorithms go through suspicious data in the most advanced security layer.

Behavior Shield: It keeps an eye on the system and keeps a check of suspicious activities during the programs are running already. It captures exceptional behavior on the gadget. Once it evaluates a malicious activity, it can stop the action automatically and undo the activity.

Hello, I am a professional writer, with more than 10 years of writing experience. I love to write on the science related subjects and share knowledge with my readers. I hope all my reader friends will enjoy my work.

Amsterdam: Netherland's capital. Indeed a gorgeous city! How can anyone not like Amsterdam? It is well-known for its artistic heritage,...