These miniature Green and Black’s bars came in my Chocolate Gift Pack, courtesy of the NCA. We’ll start with the Dark 70%. 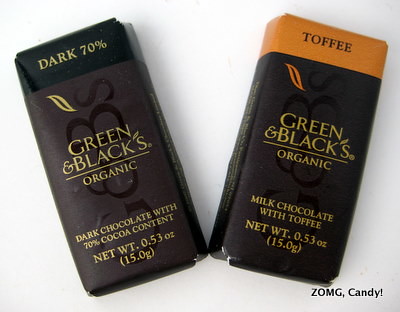 Both bars were lightly scored into 12 rectangular segments, each prettily imprinted with Green and Black’s apostrophe/leaf logo.

The Dark 70% was simply described as “dark chocolate with 70% cocoa content.” It had incredibly deep burnt coffee notes and a strong earthy intensity. 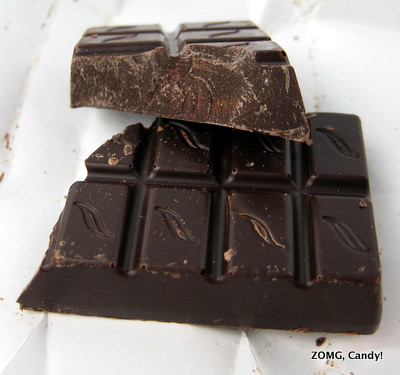 I enjoyed the start, but the finish was rather chalky and lightly astringent. If it weren’t for that lingering unpleasantness, it would merit an OM. With the finish that it does have, an O.

The Toffee was described as “milk chocolate with toffee.” The milk chocolate on its own was only so-so. It was grainy and lacked any thickness to the melt. 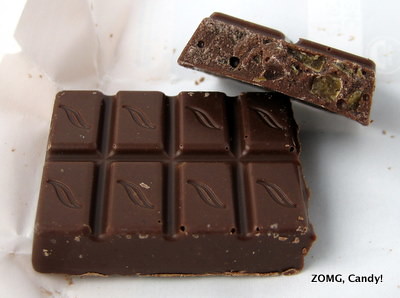 The toffee was what really made this treat. It had a great crunch and a clean cleave. Strong notes of butterscotch candy (think Brach’s discs) were tempered with a slight sourness and saltiness that really brought out the toffee notes.

This was quite enjoyable. Not nearly as delicious as Vosges’s take on milk chocolate and toffee, but definitely far cheaper and decently delicious for the dinero. An OM.