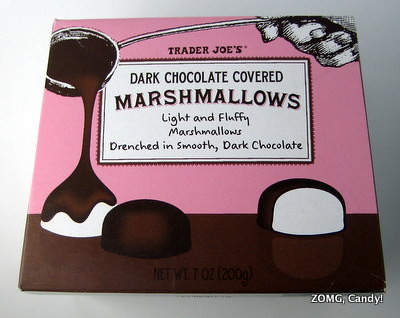 The box promised “light and fluffy marshmallows drenched in smooth, dark chocolate.” The marshmallows were boulder-shaped domes (not the flat squares depicted on the Whole Foods box). 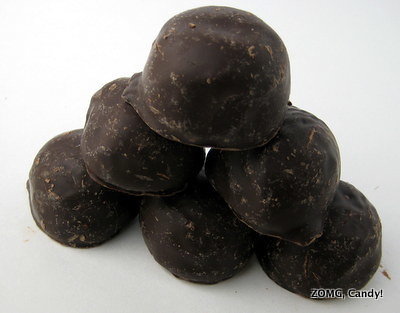 They smelled sweet and a bit earthy from the chocolate. There was just a thin layer of that dark chocolate, and it cracked when I bit into it.

It tasted sweet for a dark chocolate, with a flavor that I found reminiscent of Hershey’s chocolate syrup. There was also a light graininess to its melt. 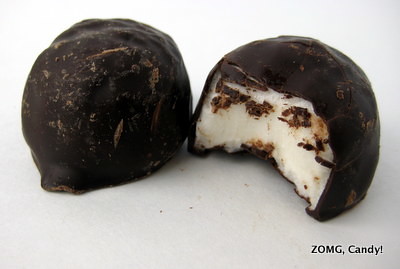 The marshmallow centers were foamy with an intense squishiness and a decent chewiness. Their sweetness was bright and had a hint of golden syrup’s amber sweetness to it. 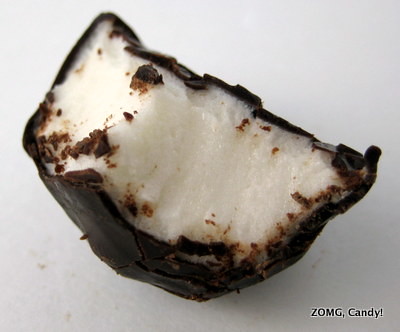 The dark chocolate covered marshmallows were a tad too sweet for my taste. Other than that, they were decent but on the boring side, and I have no desire to buy more or even finish the rest of my box. An O.

Maybe instead give See’s Scotchmallow a try!