I’ve never been shy about proclaiming my love for Trader Joe’s nor lamenting Rochester’s lack of one. These Trader Joe’s Black Cocoa Almonds only underscore those points. 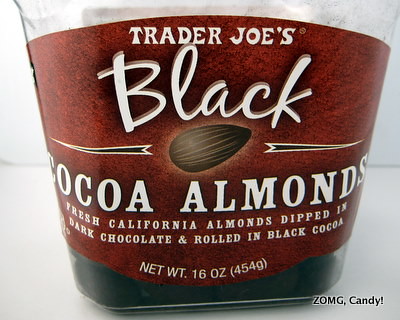 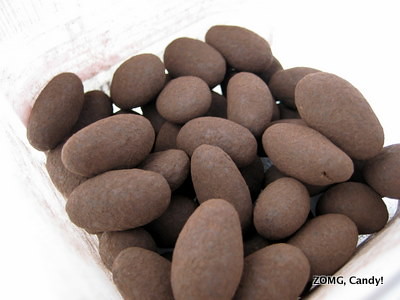 They’re covered in a Dutched cocoa powder that’s so dark that it’s nearly black (hence the name). It’s also flavorless on its own.

The dark chocolate coating is nicely mellow – sweet with notes of raisin and a cool finish that really lets the nut come through. The melt is thick and smooth with a muted cocoa essence. 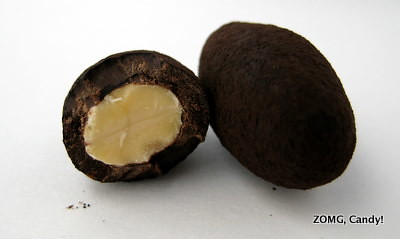 The nut inside was nice and crunchy. I would’ve preferred it with a tad more roastiness, but all in all, it served as a great foil of texture and flavor for the chocolate coating.

They reminded me of Charles Chocolates Triple Chocolate Almonds but far cheaper (though not as nicely packaged). Trader Joe’s version was also crazy addictive. A ZOMG!

Update: These were discontinued right around when my review posted. I’m attempting to rally people to ask Trader Joe’s to bring them back, since so many of y’all seem to miss them as I do. Take ten seconds and drop them a quick line!