I bought two Tom and Sally’s 100% Organic Skinny Bars at a little chocolate shop near the Berkshires in Massachusetts. I tried to look up more about them, but Google seems to think there’s something scary about their website.

First up, a Belgian 41% milk chocolate infused with cocoa nibs. The chocolate was dark for a milk bar and scored into 6 even sections.

It had a weird plasticky, moldy undertone that was rather off-putting. The melt was mostly smooth, except where it was broken up with the crunch of the cocoa nibs. 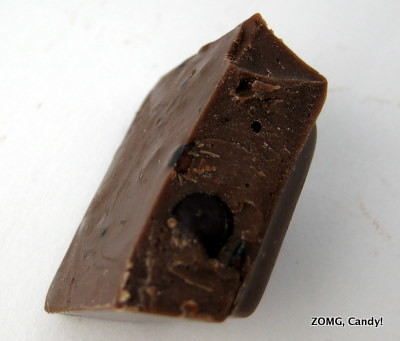 While I wanted to like this bar for its organic-label, the chocolate was far from scrumptious, thanks to that weird undertone. An O.

The other bar was a Belgian 41% milk chocolate infused with cinnamon and nutmeg.

It smelled amazing! Sweet with the undertone of cinnamon spice. I wanted to mix it into tea and drink it up. 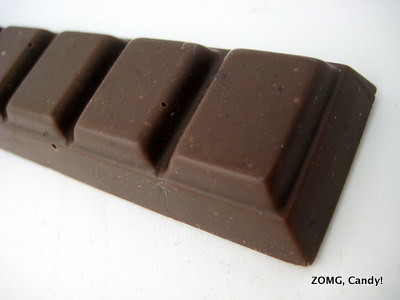 Unfortunately, the heavy spice scent was the result of an overly spiced bar. The strong presence of spices made the chocolate extremely gritty and astringent.

I found it unpalatable and couldn’t manage a second bite. A —.