Day 2 at the Sweets and Snacks Expo was much more restrained, and I came home with a much smaller stash. Emma and I parted ways in the afternoon, so the below is just what I took as samples. Also remember that Day 1’s mountain of things included two giant swag bags provided to us by the NCA. 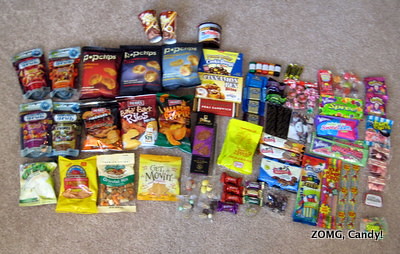 Things of note on day 2:

1. I got a bunch of samples of Niederegger marzipans in an assortment of flavors. Super excited to try those, as they’re pricey in stores, so I’ve never had them before.

2. Gamer Grub turned out to be much less weird than expected. The PB&J mix was like trail mix – peanuts, peanut butter chips, dried fruits, etc – and the pizza flavor was really tasty. 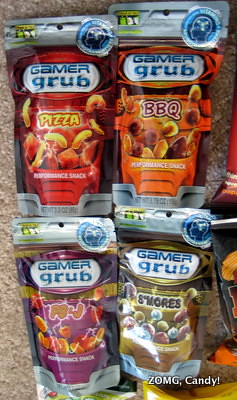 3. Dorval was super nice. I grabbed a Sortz for re-reviewing and another box of their new chocolate crispy thins. ?They would’ve sent me home with one of everything if I’d asked, but I was starting to worry about transporting everything back to NC.

4. Hammond’s PB&J bar won an innovator award. Definitely excited to try this one from their relatively new line of chocolate bars.

5. Nutella & Go also won an innovator award. It’s a little plastic tub with a dipping well of Nutella and a bunch of breadstick shaped cookies for dipping. In other words, it’s a total knock-off of Yan-Yan that somehow won for being innovative. The Meiji guy and I commiserated about it.

Day 3 was quiet on the floor with flashes of craziness. Some booths were giving away handfuls and even cases of their product so they wouldn’t have to leave with it. People were genuinely surprised when I only wanted small samples of things. Another modest take. 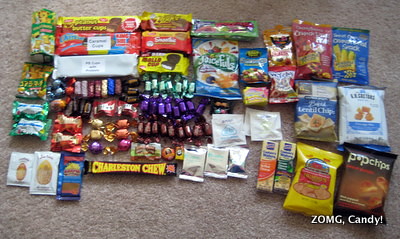 I’m excited to share the dried corn snacks from Sensible Snacks with my corn loving boyfriend (he puts it on pizza and in chili). Can’t wait to see them in stores. 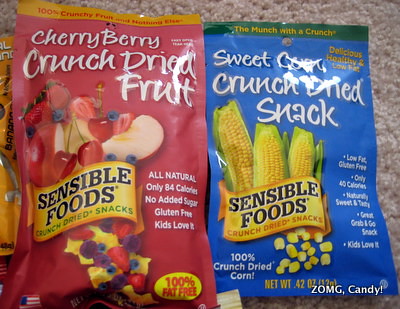 Also, worth noting that the Pop Chips booth was super generous with their samples. I think I visited with them at least once each day. And they staffed their booth with flirty young men to help sell the brand.

Well, that or my sheer animal magnetism.

Wish I had time to write more, but I’ve got a flight to catch! Let’s hope TSA doesn’t open my carry-on. It’s kind of embarrassing. I’ve got a rolly bag that’s half chocolate and half chips.

One thought on “Sweets and Snacks Days 2 and 3”