Here are some more bulk candy treats that I received as free samples from Ingrid’s Candy Shop. I reviewed a couple on Wednesday. 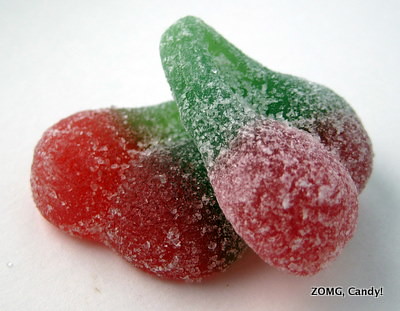 The Sura Körsbär were thick cherry-shaped gummis covered in sour sugar. They looked similar to Haribo sour cherries, except that the Swedish cherry pair was smooshed together, which made them look more… anatomical.

The gummi was extremely stiff to bite into. There was no squishiness to the chew, though it did stick to my teeth. 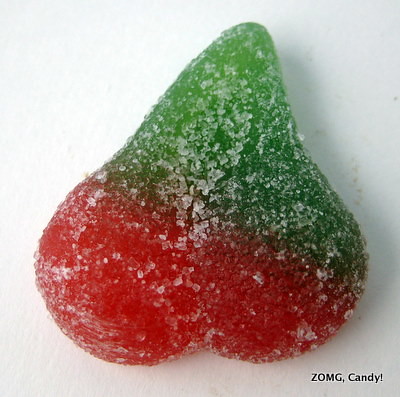 The sour sugar coating packed quite a hit of tangy sourness. Once that initial sourness passed, though, the treat just tasted generically sweet and fruity.

The sour sting was great, but I wished this had more fruitiness. An O.

The blue soda shaped gummis were covered in a zesty sugar sand. The gummis’ chew was stiff and non-sticky, with an instant give. 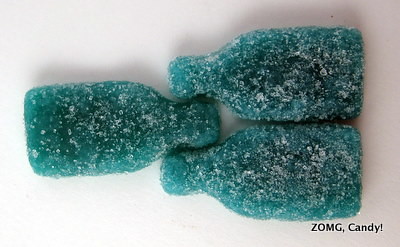 The flavor was that of lemon-lime soda and was quite spot-on. Somehow, the chew managed to finish with a little punch of effervescence in the back of my throat.

I loved these for that effervescent fizz. Flavorwise, they were my favorite treat of the 10 that I was sent, but the texture was a bit off. If they had the sproinginess of the Gellehelon, I would’ve been completely sold. As they are, an OM.