I got this bag of Sour Smog Balls in my free MunchPak box of assorted snacks. The bag promised “crunchy candy with a sour chewy center” in six different flavors. 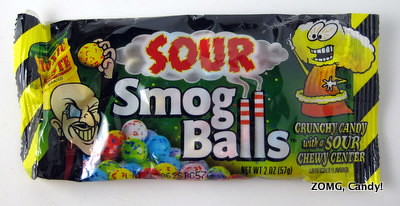 Each Sour Smog Ball was a marbled sphere with a bracingly sour hard, crunchy sugar shell around a chewy center. It took a little jaw strength to crunch through that shell, but when the stars aligned, a clean cleave through the Sour Smog Ball revealed a pretty cross section.

Yellow was lemon and extremely sour. Its flavor was super bright and tart with zesty lemon overtones. 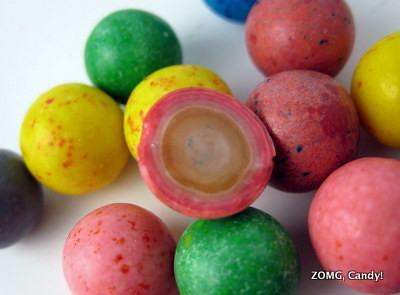 Dark pink was cherry. It had medicinal undertones and a cotton candy-esque flavor before finishing with sweetly tart and fruity notes.

Light pink was strawberry. It had a candied floral flavor that struck me as quite artificial. Purple was grape, and it, too, tasted artificial. 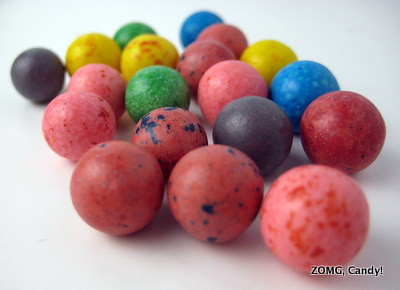 Finally, green was lime. It started off mild, then became quite tart and citrusy with an almost fizzy note.

I appreciated that the Sour Smog Balls lived up to their sour moniker and actually were quite tart. I did not appreciate, however, how artificial the majority of their flavors were.

The only ones that really worked for me was the citrus lemon and lime ones. An O.

I first tried Jer's Peanut Butter Bars over a year ago when I bought and reviewed the Cara Mella version....