I’ve never been a big Snickers fan. There have been quite a few varieties of Snickers that have come and gone, but I’d let them pass me by. I wound up with a Snickers Peanut Butter Squared because my boyfriend wanted to try them.

The candy bar pack contained 2 squares of the treat, which sounds like a nice portion control strategy. The wrapper said that they were “filled with peanut butter, peanuts, caramel, & nougat and covered in milk chocolate.” 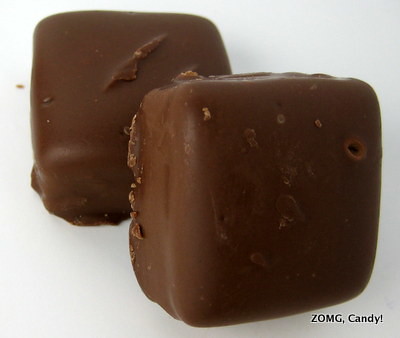 The peanut butter and nougat formed the base layer. I couldn’t tell where one started and the other ended. At any rate, the bottom layer was crumbly, sweet, and nutty.

The middle layer was a hearty section of half peanuts. They had a dry crunch and a strong, roasty peanut flavor. 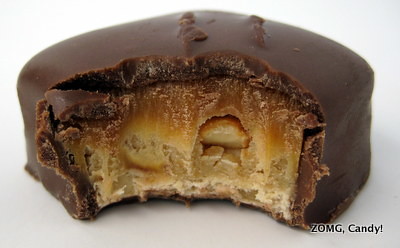 Above that was a generous pour of caramel. I thought the caramel totally killed the treat – it was far too sweet, dominating the other flavors and bringing a sour burn to the back of my throat from its sugar intensity.

The milk chocolate coating was sweet as well. It may have also contributed to the overwhelming sweetness of the whole thing. 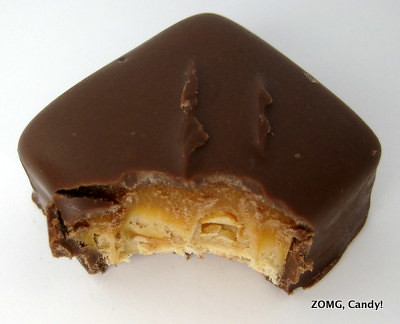 Alas, I could not stand to take more than a bite or two of the Peanut Butter Squared square. A shame, really, as the peanuts and nutty nougat were ok (not exceptional, but ok), but that caramel just blew out my sugar sensors.

An O because I can see how others may like the super sweetness. My boyfriend ate the other square and the rest of mine. His take? “It was nutty and had chocolate.” That is why he doesn’t guest post…

Technology is moving forward in leaps and bounds - it is now possible to use a 3D body scanner en...