This Ritter Sport Rum Raisin and Nuts was one of the most exciting samples that I brought back from Sweets and Snacks. 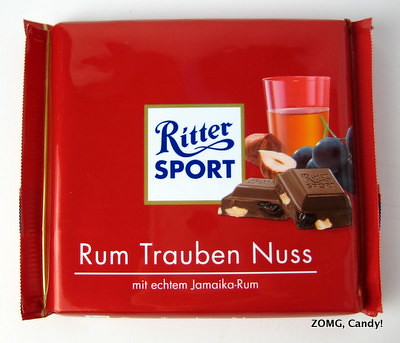 According to the Gourmet Grand Dame?bloggess of the company that imports Ritter Sports to the U.S., Alfred Ritter didn’t want to export this flavor of Ritter because the rum flavor dissipates if it spends too long on the shelf. I believe that they convinced him it would be okay to sell it in the U.S. as a limited edition around the holidays, so you may see this in the States eventually. 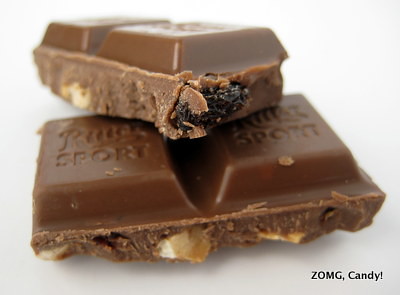 The second that I unwrapped this bar, I was launched into booze city! The bar smelled overwhelmingly of rum and sweetness.

The chocolate had a softer texture than expected – solid, but with no snap. Little bits of hazelnut that were generously distributed in every square added a dry crunch and toasty nuttiness. 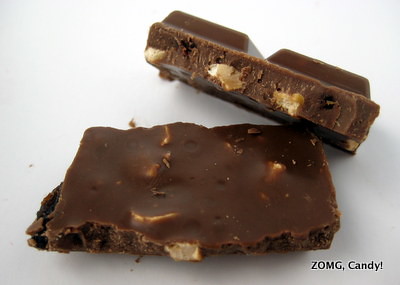 Small raisins also distributed throughout the bar added a mild sweetness and a slight change in texture. Their grapey flavor, however, was lost in the boozy chocolate.

I enjoyed this bar for the novelty factor. Alcohol flavored chocolate is still a relative rarity in the U.S., and I’ve never had anything like this before. An OM.