Here’s a round-up of several retro candies that don’t merit very long reviews on their own. But when you string them all together, I get a full review’s worth. Yay! 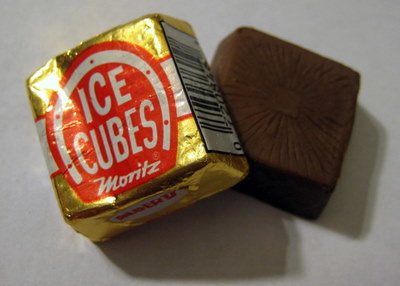 According to Cybele, these guys used to be tasty. Now they’re not longer made with real chocolate, and I am not a fan of their current iteration. I found the Ice Cube to be soft, grainy, and super artificially sweet with a strange fruity tinge. Definitely not something I’d ever want to eat again. An O. 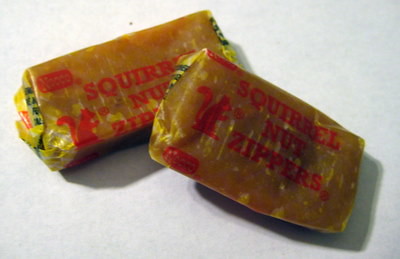 Squirrel Nut Zippers remind me a little of Mary Janes in their size and wrapper coloring. They’re chews with a nutty (hence the squirrel reference I suppose), dusky, almost butterscotch flavor that’s lightly sweet. The chew is almost grainy and not at all sticky, so it was quite manageable. An OM. 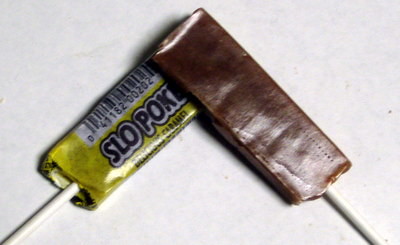 The Slo Poke was billed on its wrapper as a “delicious caramel,” even though it’s presented like a lollipop. I wouldn’t quite call it a caramel, as it was not at all sticky, and its chew was much softer and long lasting than that of caramel. My Slo Poke tasted like it was made a decade ago -  the finish had a strange staleness that was off-putting, though I may have just gotten an old Slo Poke. An O for Slo Poke the candy (while Slopoke the Pokemon gets an OMG).