Usually companies (or their PR firms) contact me to get my address and ask about my review policy before sending me free samples. This Peterbrooke Chocolatier Wonder Egg arrived without warning. It was a nice surprise and made waves at lab due to its impressive size. 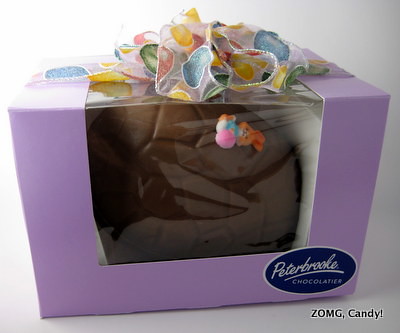 This chocolate egg was ginormous (shown below with jelly bean for size reference). It was nearly six inches long and weighed almost 1 pound. Four ounces of that pound was chocolate-covered popcorn that was hidden inside the hollow chocolate egg. 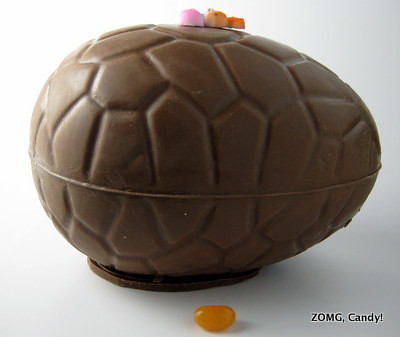 The milk chocolate shell was about half a centimeter thick. It had a thick melt and was extremely sweet. I caught some dairy caramel notes and a slightly sour finish due to the sweetness level. Some bites ended with a toasty note from the popcorn in the center.

The popcorn clusters varied in size and chocolate coating amount. Some clumps were made of several pieces while others were single or partial bits. 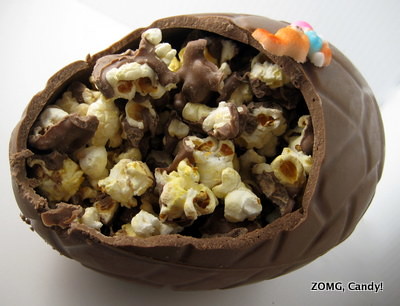 The popcorn tasted fresh and toasty with a healthy dose of saltiness. Many of the pieces carried the yellow sheen of butter. 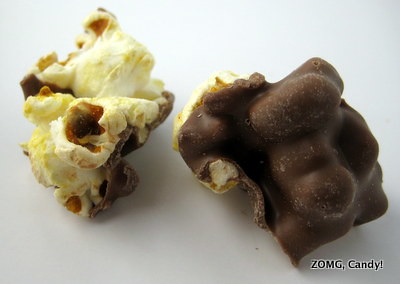 Finally, the cute little bunny that decorated the egg was made of sandy sugar, like a sugar cube. It instantly crumbled when bitten.

The milk chocolate was nice, if not exceptional, and the popcorn was a decent sweet and salty treat, though I could have done without the butter component. 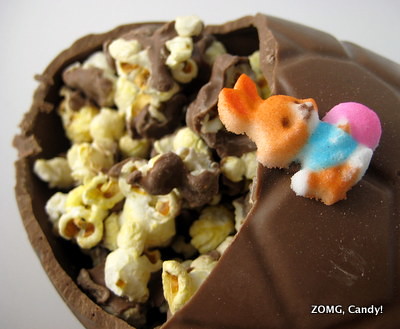 These Wonder Eggs retail for $25. That’s more than I would spend on it, mostly because I don’t need that much chocolate, and I don’t celebrate Easter.