These Perles au Miel, loosely translated as honey beads, were a gift from my friend Neil, who’s currently living and working in the Netherlands. The wrapper says that they’re “fourrees miel”, which means filled with honey. 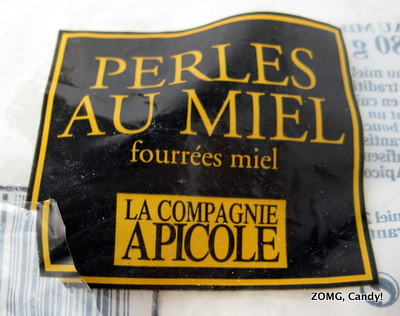 They were extremely hard-shelled little balls with a prickly granulated sugar shell. The flavor was spot-on with the amber complexity of genuine honey – just a skotch darker than clover honey.

Once the sugar sand dissolved, the resulting candy was literally a thin shell of its former self. The shell was thin enough that just a hint of pressure was enough to crack it, revealing the sticky, thick, honey ooze within. 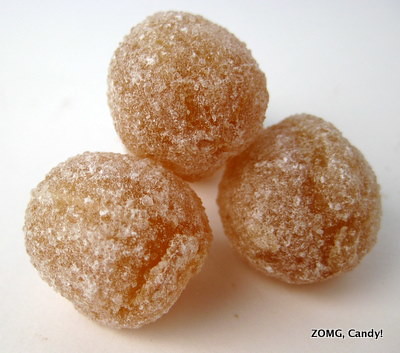 The ooze was quite viscous and held its shape like a gooey caramel. It was quite capable of working its way into the nooks and crannies of my teeth.

The shell became chewy when combined with the oozy center. Overall the candy was sweet without being cloying. If you love honey sticks, as I do, you’d love these. An OM.

I wasn’t able to find an exact match for these online, but I found similar products called “boules de miel“, or balls of honey. They seem like a very European thing.