I got this assortment of Neideregger chocolate-covered marzipans at Sweets and Snacks. I was happy to snatch them up, as these babies cost a pretty penny in the real world. But in candy trade show world, they were free! 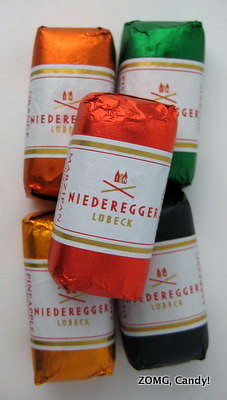 These are one of the first chocolates that I’m reviewing from the Expo because marzipan can quickly lose its flavor and texture. The centers of these little loaves were all still soft and flavorful.

Each was about the size of the first joint of my thumb. All were covered with a thin layer of mild chocolate.

Red was regular bittersweet chocolate covered marzipan, the Niederegger original. The marzipan center was a soft, slightly grainy paste with a slightly moist center. It was nutty and lightly sweet with the perfume of almonds/Amaretto. 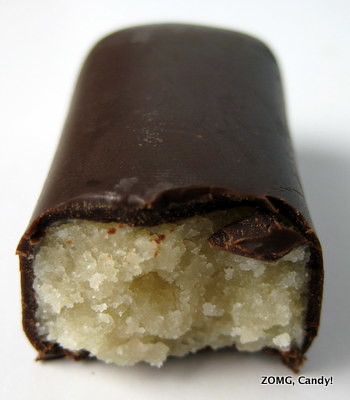 Red-orange was orange. It carried the flavor of candied orange zest with its distinctive citrus oil bite. I think I could also detect the added texture of orange rind, but it could have been my imagination. 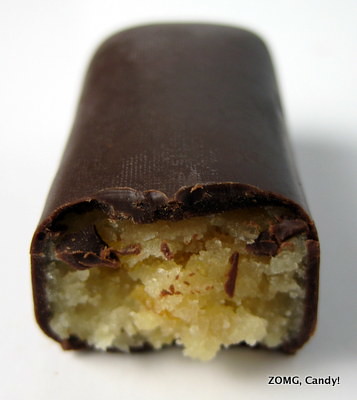 Orange-gold was pineapple. There was a subtle hint of the sweet and sour flavor of pineapple, a muted, not at all bright version of the real fruit. 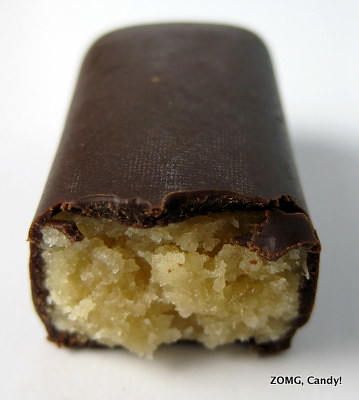 Pistachio came in a green wrapper and had a green/yellow tinge to its center. The Amaretto notes were still there but with the floralness toned down. I didn’t get any pistachio flavors; just more nuttiness. 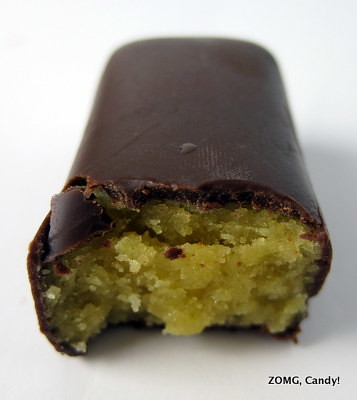 Finally, black was espresso, and its center was nearly as brown as the chocolate coating. It tasted like coffee smells, deep and almost bitter, with some added cocoa flavors. 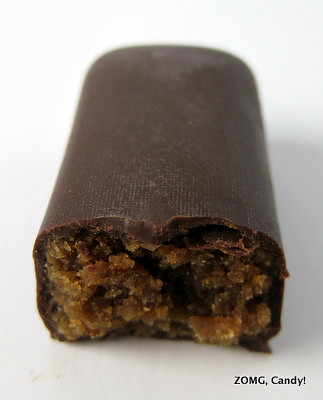 I really enjoyed these. The chocolate coatings were fine but barely noticeable. The great marzipan centers were the star. 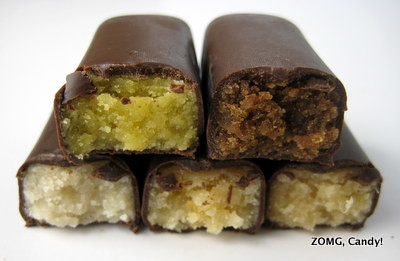 An OM, with a wish that they were affordable enough to be an impulse buy. Instead, they’ll retain their specialness thanks to their price tag.

Cybele has a great write up of Niederegger from her German press junket. The marzipan churning pictures look absolutely luscious. I bet hers were even fresher than mine!

One thought on “Niederegger Marzipans”