I recently had a couple of spare minutes around Grand Central in New York City and managed to find my way to a Neuhaus shop. I picked up 3 truffles, sold by weight, for just under $8.

I was so eager to try them that I photographed and tasted them on my shuttle bus to JFK instead of waiting until I could get them home. 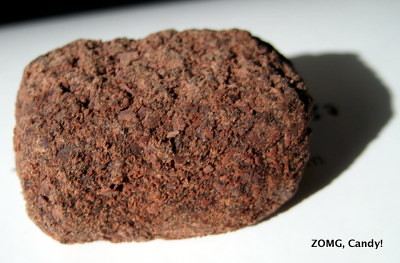 First up is a Caramel Truffle, which was described as “caramel butter cream dusted with intense cocoa powder.” It had a slight chocolate shell with a dry and crumbly ganache inside.

I loved the cocoa powder that it was dusted in. It was dry and chocolatey while being totally devoid of bitterness. 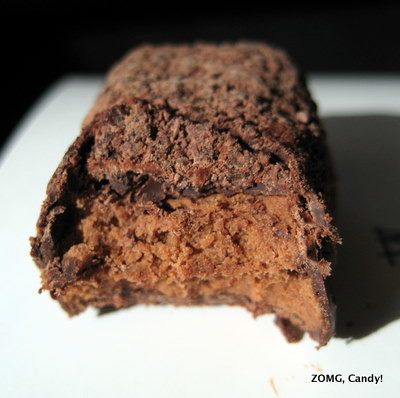 The caramel ganache didn’t taste like much besides a general fruity sweetness that was a bit too heavy for my taste. I wish that there was more complexity to this. An O.

Next is the Tiramisu, “butter cream with tiramisu taste, covered with ‘Amaretti’ biscuits.” Its chocolate shell carried a nice crunch from the bits of almond amaretti cookies. I have no idea how they kept those cookies fresh and crunchy, but kudos to them for that! 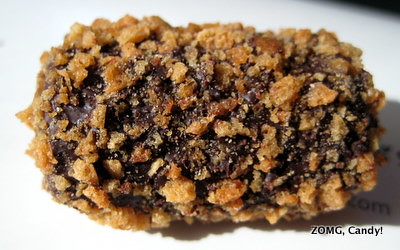 The inner ganache had a thin, fatty melt. It had a strong, fruity booziness with a definite alcoholic finish that tasted of almond liqueur. 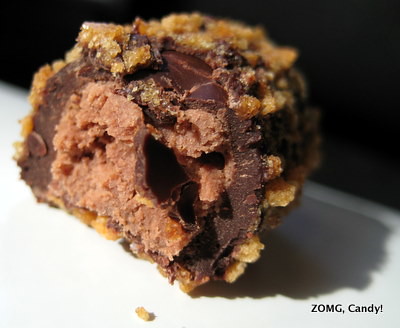 My only issue with this was that it lacked any coffee flavors. Espresso is an important part of any tiramisu recipe, so its absence was noticeable. But the truffle was pretty delicious, even without it. An OM.

Finally, what I call the Toffee Star (I couldn’t find its official name). Neuhaus has other Stars, which are described as such: “These handmade icon pralines with their very recognizable shape were created by Neuhaus in 1958 for the World Exhibition in Brussels.” 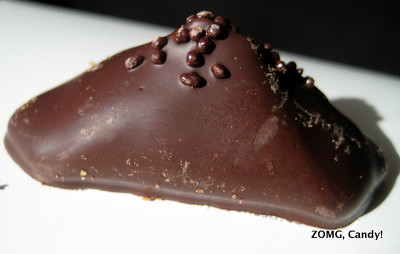 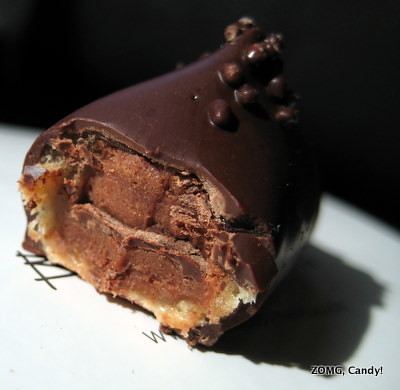 The center had a bright, fruity sweetness that was tempered at the end with a dark, cocoa-y finish. Bits of toffee embedded throughout added a light crunch and a complex butterscotchiness.

The mix of flavors and textures was just divine. I found it a hair too sweet to eat all day, thus depriving it of that extra Z, but it still manages to earn an OMG!