Nestle Crunch’s Girl Scout inspired candy bars made quite the splash when they were teased. I finally managed to find them at my local Dollar General store (where very few things still cost a dollar, by the way). 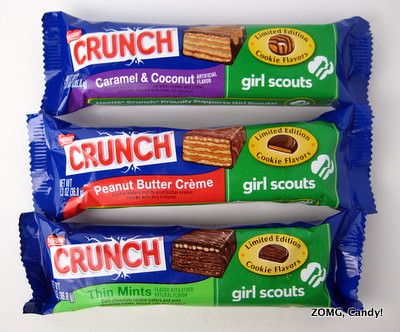 The new bars came in Thin Mints, Peanut Butter Creme (based on Tagalongs or Peanut Butter Patties, depending on which bakery makes your cookies), and Caramel & Coconut (Samoas or Caramel deLites). I’ll cover the first two today and save the last for Wednesday. 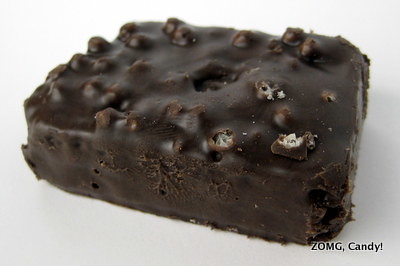 Thin Mints was described as “dark chocolate cookie wafers and mint chocolate creme, topped with airy crispies.” Those wafers were crisp and airy with a thin cocoa flavor. The rice crisps that topped it added a nice crunch as well. 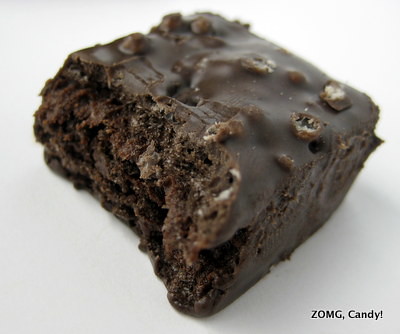 The mockolate coating that draped the bar was thin and melty, thanks to the palm oil in the ingredients, yet it somehow felt pasty in my mouth. The mint creme added a creamy and light minty finish that was more mild than I remember real Thin Mints being.

Peanut Butter Creme was “cookie wafers and peanut butter creme, topped with airy crispies.” Its wafer cookies were thicker than those of the Thin Mint version, so they brought a more sizeable crunch. 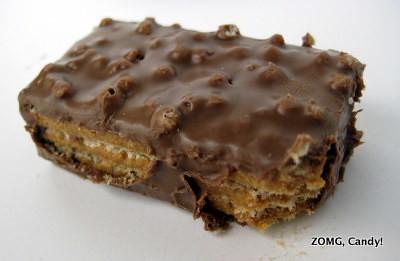 The peanut butter creme was salty and nutty and tasted just like peanut butter straight out of the jar (not that I’d ever do that…). While the nutty flavor was great, it dominated any chocolate-esque flavors that the melting and peeling off mockolate coating carried. 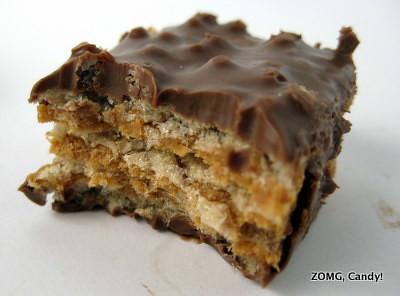 While these were a fun take on nostalgia tinged cookies, I don’t think either of them were worth a repeat buy. If Nestle had chosen to use higher quality ingredients – namely, real chocolate – maybe we could’ve had a limited edition that would actually be missed. An O for both.

Cybele managed to find these much earlier than I did, and Serious Eats wrote about them as well, if you want other opinions.