I bought these Moonstruck truffles at a posh gift shop in Rochester. They cost a pretty penny, so I limited myself to three: Peppercorn and Sesame (it was on sale; half off), Ocumarian, and Chocolate Malted Cream Cone. 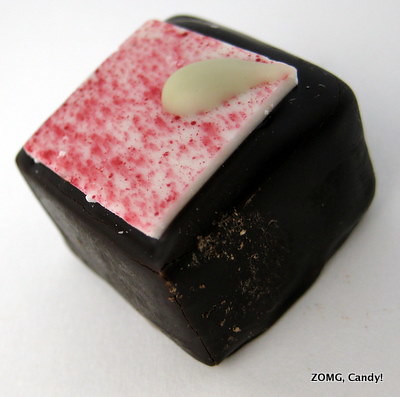 Peppercorn and Sesame was a dark chocolate square prettily decorated with a pink speckled white chocolate topper. It had a breathtakingly sharp peppercorn scent that was echoed in its acrid flavor. 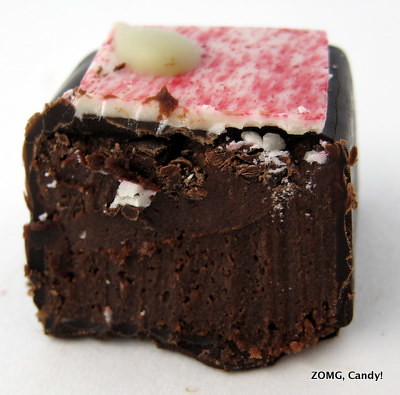 The ganache also tasted weirdly floral. A light undertone of sesame wasn’t enough to counter the off-putting acrid floralness. I can see why it was on sale. A —. 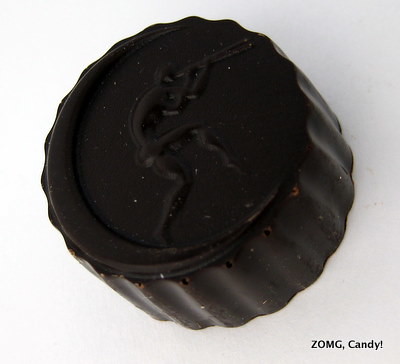 The Ocumarian was prettily molded with fluted sides and the Moonstruck logo on top. Moonstruck’s website describes it as, “a?ganache of dark chocolate derived from rare and exotic criollo cocoa beans from the Ocumare Valley of Venezuela, infused with ancho and chipotle chiles.” 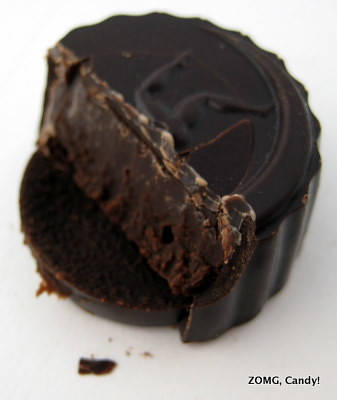 The thick and smooth ganache was deep and rich with cocoa flavor, while the spices brought in a latent tingly burn. The dark chocolate shell tasted deep and dusky, with an incredible intensity. An OM for the awesomeness of the chocolate that formed the foundation of this truffle. 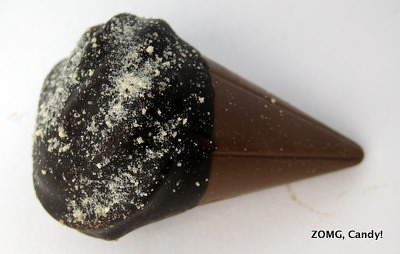 I bought the Chocolate Malted Cream Cone because of its striking appearance and because I love malt. It was described as “a milk chocolate and malted milk-flavored French butter cream, inside a milk chocolate cone, topped with dark chocolate and finished with a dusting of malt.” 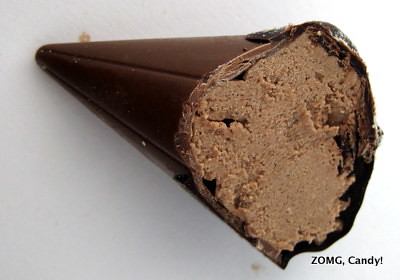 The cone itself was milk chocolate, while the top was dipped in dark. The butter cream filling was incredibly airy, more like a whipped mousse than a typical butter cream. It melted very fattily on the tongue and tasted of cocoa powder and malt.

The sprinkle of malt powder on top brought a slight crunchy grit. I love malt, and I loved this. An OMG.