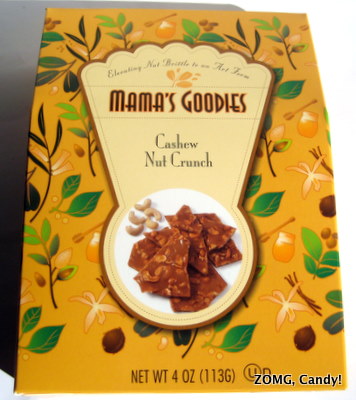 This has the same thick brittle base as the pecan nut crunch. Cashews, however, are a much lighter flavored nut than pecans, and the cashews here are chopped up into tiny bits, so their flavor winds up totally overwhelmed by the brittle base. Still, the base is goooood. An O, mostly because the pecan incarnation is better.

The brittle base here is sweeter and more toffee-like in texture. That is, it still cleaves but doesn’t quite dissolve into the same pseudo-caramel chew. As you can see, it’s got shredded coconut and whole macadamia nuts. 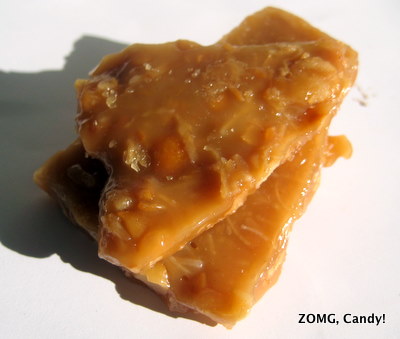 The flavors here are amazing. It’s just a hint of genuine, not at all artificial coconut flavor that pairs wonderfully with the rich and buttery essence of the macadamia nuts. And the brittle-ness negates the usually stringy texture of shredded coconut that is sometimes off-putting. An OMG. 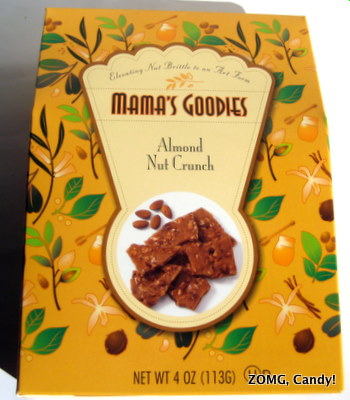 Almonds are a strong nut, and I think this is the nuttiest of the brittles. Again, the lovely brittle is fairly thick and cleaves like toffee, but this somehow avoids the turns-to-caramel-in-your-mouth thing. The almonds make the brittle duskier and darker, which is nice, but they also add a lightly bitter aftertaste. An OM.