Madécasse Chocolate is a new company to me. They’re “bean-to-bar in Madagascar” and, though they’re not Fair Trade certified (probably due to the expense), they claim that their business practices generate 4 times the impact of fair trade cocoa. 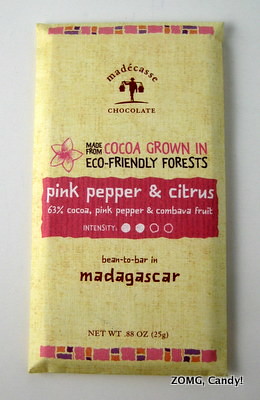 The bar was prettily molded to highlight that it was made in Madagascar. It broke easily along its scores, but its texture was soft, with a matte mouthfeel. 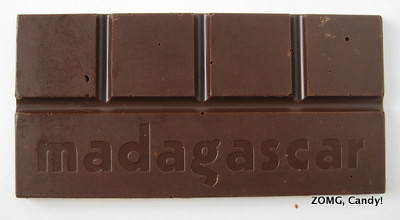 This bar was astoundingly complex. I didn’t have to close my eyes or try too hard to really focus on the flavors; they came out swinging.

It started off with a deep earthiness, then yielded to a bright, citrusy fruitiness with an undertone of pepper’s just-shy-of-acrid essence (but not its heat). All this for only 2/4 dots of intensity on Madécasse Chocolate’s scale? 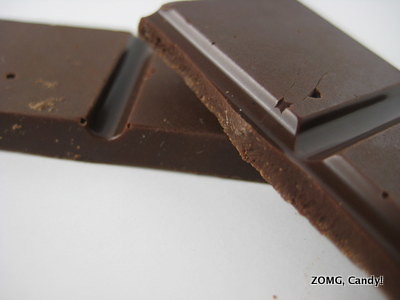 I’ve eaten a lot of chocolate in my day, and it’s rare to find bars that pack so much flavor complexity and just so much flavor, period. A ZOMG!

The NY Times recently ran what I thought was an unnecessarily snarky but pretty funny takedown of Williamsburg's hipster culture....