I picked up this bag of Life Savers Gummies Collisions at the Sweets and Snacks Expo, where they’d been left out in the press room in hopes that people like me would choose to write about them. Congratulations, Wrigley. You win. 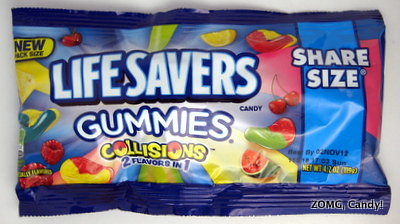 The bag I got was a big share size that was awkwardly proportioned, wider than it was tall. It was supposed to be pulled open along the long side, which again, was awkward, making it hard to open.

The gummies were called Collisions because they were two half gummies of different flavors smooshed together to make one whole gummi. They came in raspberry lemonade, cherry watermelon, and pineapple punch. 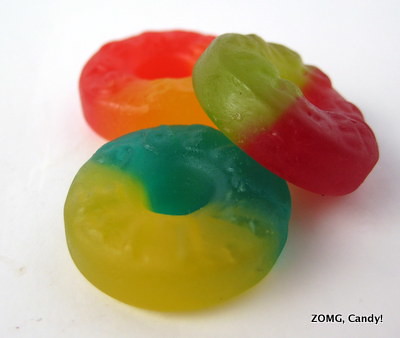 All the gummies had a softly chewy and bouncy texture that broke into bits as I chewed them up. Their surface was velvety with a lightly greasy feel that was slightly annoying but tolerable. 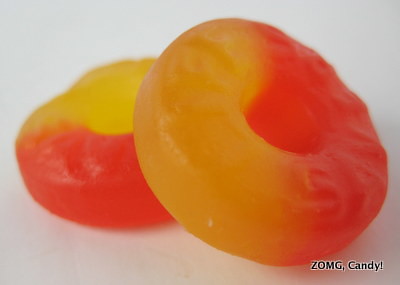 Raspberry lemonade was light red and yellow. Obviously, yellow was the lemonade half, which tasted of sweet and mild lemon citrus and lacked any sourness. Red had a mild red fruit flavor, a mix of cherry and light raspberry seediness. 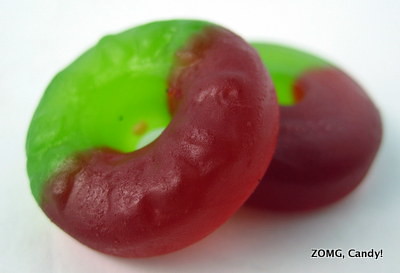 Cherry watermelon was green and dark red. The green tasted of classic candy watermelon, all sweet and floral. The red tasted similar to the raspberry gummy but slightly sweeter and without any raspberry notes. 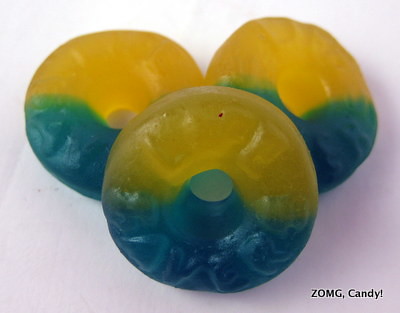 Pineapple punch was my favorite and gets an OM. The other flavors were fine but nothing too noteworthy, so the bag as a whole gets an O.